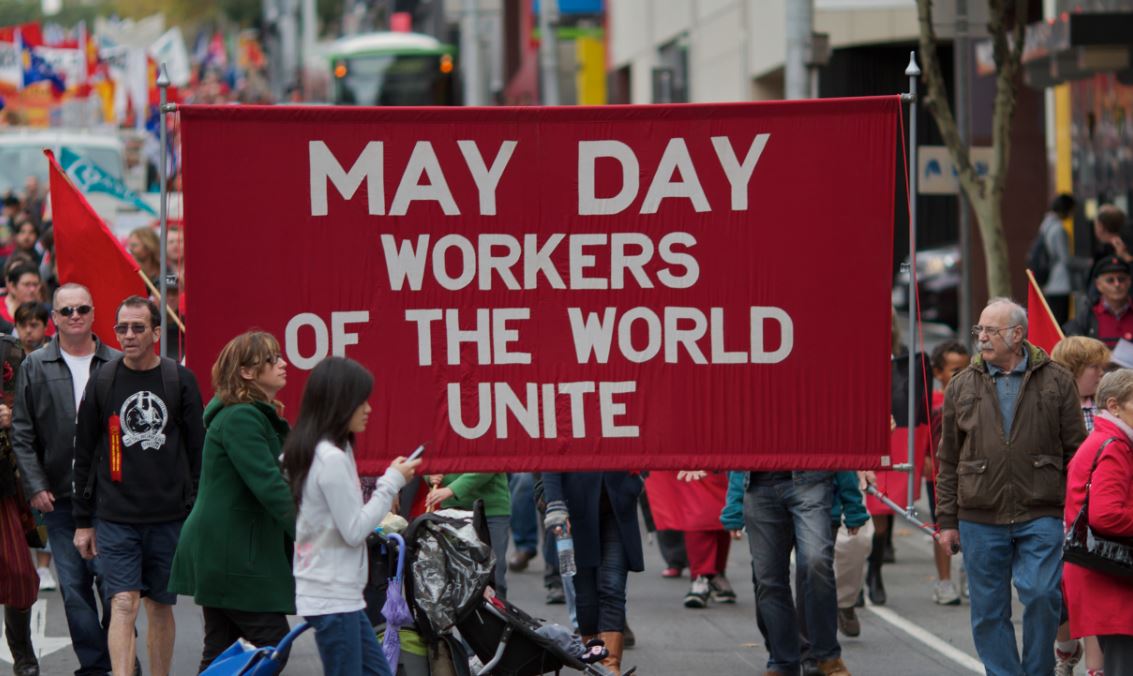 It’s the Merry Month of May: Spring is bursting, the birds are singing…and political riots are detonating.  Without a doubt, May is a month with motley associations—natural, religious, and political.  In many ancient cultures May 1 was regarded as the full arrival of Spring, as expressed in the traditions of dancing around the maypole and crowning the May Queen.  Hence, also, the Roman Catholic tradition of crowning a statue of the Virgin Mary with a garland of flowers (May being the traditional month of Mary). The ancient Romans observed Floralia, a fertility festival in honor of the goddess Flora.  Fertility, springtime, rebirth, and womanhood were the keynotes of this time of year.

On the other hand, “May Day” is widely recognized as a kind of Labor Day with socialist and Communist overtones.  This association can be traced to an incident known as the Haymarket Affair.  In May of 1886, a large union demonstration took place in Chicago in support of the eight hour work day.  One of the demonstrators exploded a bomb among the police ranks; the police opened fire.  Scores of police and demonstrators were wounded and/or killed.  In 1889, the International Socialist Conference declared May 1 International Workers’ Day in commemoration of the calamity.

Many Communist countries have enshrined May Day as one of their most important holidays, often marked by elaborate workforce parades.  But a surprising number of non-Communist countries also celebrate May 1 as their official “labor day.” And the tradition of holding communist, socialist or anarchist protests and demonstrations on May 1 has remained strong.

The strange dichotomy of May 1—an innocent observance of the coming of Spring on the one hand, a day for political agitation on the other—was summed up in a Time article of 1938:

After World War II, the Cold War began and with it a war of competing values.  The meaning of May 1 was included in this new culture war.  President Eisenhower signed a law renaming May 1 “Loyalty Day,” a “special day for the reaffirmation of loyalty to the United States of America and for the recognition of the heritage of American freedom.” And in 1955 Pope Pius XII moved the feast of St. Joseph the Worker to May 1.  St. Joseph, the humble carpenter who was the foster father of Jesus, has been traditionally regarded as a “model worker,” a patron saint for all who toil.  No doubt the pope was attempting to reclaim this highly politicized day for religion in favor of the “old fashioned people.”

This basic cultural fault line is still with us today, with some of us pursuing a life based on religion and devotion and others a life dedicated to political action.  How will you celebrate May Day?