How Government Makes Us Fatter 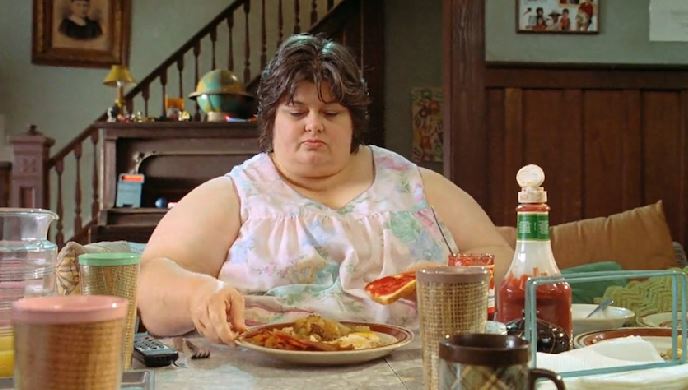 The government, with its accomplices in the food lobby, has helped to make and keep us fat. Through subsidies and misguided food suggestions, Congress, the FDA, and the USDA have made it more difficult for Americans to make smarter dietary decisions.

It’s not as if we don’t care. Americans spend $33 billion annually on weight-loss products and services. At any given time, 45 percent of women and 30 percent of men in the United States are trying to lose weight. And yet Americans are more out of shape than ever.

Remember the food pyramid? In 1982, government authorities told Americans to reduce fat consumption from 40 percent to 30 percent of daily intake—and we took their advice. Instead of fats, Americans began eating more carbohydrates: an increase of 57 grams per person from 1989 to today, according to UCSF Professor of Pediatrics Dr. Robert Lustig. Today, the typical American diet is about 50 percent carbohydrate, 15 percent protein, and 35 percent fat.

At the same time, a committee at the Food and Drug Administration awarded sugar “Generally Recognized As Safe” status—even for diabetics—despite internal dissent from the USDA’s Carbohydrate Nutrition Laboratory. As part of the 2011 Agriculture Appropriations Bill, Congress legislated that pizza sauce can count as a vegetable in school lunches.

Setting aside the issue of whether such government recommendations are correct, its actions as food nanny essentially absolve Americans from the responsibility of making their own nutrition decisions. In the 1990s, American women blindly gobbled up low-fat Snackwells desserts masquerading as sensible treats. After all, Snackwells cookies met government standards: They were low in fat and contained “safe” sugar. Parents send their kids to school assuming school lunch contains healthy fruits and vegetables—never stopping to ask what their kids are actually eating each day.

Government recommendations also dissuade private nutrition groups from attempting to compete with “official” advice. Consider Dr. Atkins’ critical reception when he wrote Dr. Atkins’ Diet Revolution; although a best-seller, it was panned by the nutrition establishment. The USDA’s Agricultural Resource Service still warns that the diet started out as a “gimmick” and hedges on whether it’s ultimately “worthwhile or worthless.”

Over the years, government recommendations have contributed to the replacement of lard with trans-fats (the latter of which are now considered deadly), the substitution of margarine for butter and back to butter again, and conflicting recommendations about eggs, orange juice, vitamins, certain types of fish, and the temperature at which it’s safe to eat meat. Is it any wonder that Americans are no closer to their health goals?

Farm subsidies reinforce the government’s recommendations. Most go to just a few crops: soy, corn, rice, and wheat—all of which can be converted into cheap, highly processed foods.

Take the case of corn. Starting in the mid-1980s, government subsidies made corn profitable for farmers even when market prices for corn were low. So farms across the Midwest began to produce it in abundance. Food companies funneled this cheap corn into the production of high-fructose corn syrup (HFCS) as a replacement for more-expensive sugar—the price of which had been artificially sweetened by tariffs, import quotas, and subsidies meant to shut cheaper foreign suppliers out of the United States.

HFCS then made its way into previously unsweetened foods. Today, the average American eats 41.5 pounds of HFCS per year—financed by U.S. corn subsidies. That’s in addition to the 29 pounds of traditional sugar the USDA reports we eat on average.

Wheat, rice, and soy are turned into similarly processed food products. Wheat is extruded, robbing it of its protein, or milled and bleached into mineral-free white flour. Rice is stripped of its vitamin-packed bran to make it cook more quickly. Soybeans are mashed, pulped, extruded, and pressed into thousands of products.

Getting Government Out of the Grocery Aisles

Nutrition is far from settled science. Various researchers recommend low-carb, vegetarian, vegan, “whole” food, or simple calorie-counting diets as the route to weight loss and improved health. But one thing is clear: Government interference is steering us in the wrong direction—toward sweetened and processed foods that no doctors, nutritionists, or researchers recommend. To improve the “Standard American Diet,” the first thing government can do is get out of the way.

Find a Portuguese translation of this article here.