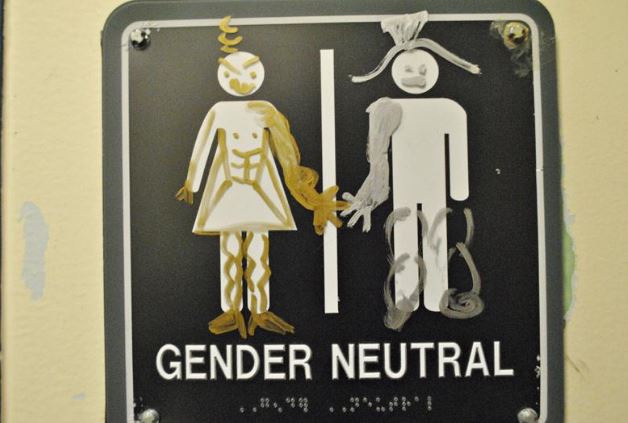 This story has made the rounds in some major media and much social media. Which means it still stands out in this tense cultural climate with gender ideology pervading institutions, politics and media. And the topic of many of Pope Francis’ addresses.

This time, it was Brown University, “one of the country’s most selective undergraduate colleges” according to this Wall Street Journal piece about the awkward admissions letter.

Our reader’s bright daughter had already received news of her acceptance when a letter arrived that was addressed to her “Parent/Guardian.”

Oddly, the note referred to the accepted student not as “she” but as “they.” Dean Powell’s letter also stated that our reader’s daughter had no doubt worked hard and made positive contributions to “their” school and community. Our reader reports that his perplexed family initially thought that Brown had made a word-processing error. That was before they listened to a voice mail message from the school congratulating his daughter and referring to her as “them.”

Brown spokesman Brian Clark writes in an email that “our admission office typically refers to applicants either by first name or by using ‘they/their’ pronouns. While the grammatical construction may read as unfamiliar to some, it has been adopted by many newsrooms and other organizations as a gender-inclusive option.”

More on that in a moment…

The letter from Dean Powell included a total of four short paragraphs, including this one: “And now, as we invite you to join the Brown family, we encourage you to allow [daughter’s name] to chart their own course. Just as you have always been there, now we will provide support, challenge and opportunities for growth.”

Nearly a complete stranger, Mr. Powell is writing a short, error-filled letter to parents claiming that his organization is fit to replace them. No doubt the “Brown family” with all its “thems” and “theys” can offer a wealth of valuable educational opportunities. But anyone who buys the line that competent parenting is part of the package has probably never set foot on campus.

But as for the claim that many newsrooms and other organizations have adopted gender-inclusive language instead of referring to or addressing males and females by the standard ‘his’ or ‘her’ pronouns, that’s become an issue in some major source books for writers and journalists.

Like the Chicago Manual of Style, which announced that a new 17th edition will be forthcoming in September 2017. And among its changes is this:

The use of singular they in place of a generic he or she is not recommended for formal prose; use of the singular they as a preferred personal pronoun is accepted in formal writing.

It’s sort of a ‘both/and’ response, but it’s included in the newly revised edition because it’s such an issue. Which got ‘a lot of buzz’, editors reported, as they move forward considering changes to the much-referenced manual.

They’re doing handsprings here to explain the usage of “singular they” rules, and allow for the continued bending of them, while not encouraging it.

Around that same time, the Associated Press stylebook editor announced that the AP reference source has now “added an entry for “they” as a singular, gender-neutral pronoun in its latest edition.”

The article quoted a longtime Washington Post copy editor as “rooting for…what is known as the singular they as the only sensible solution to English’s lack of a gender-neutral third-person singular personal pronoun”.