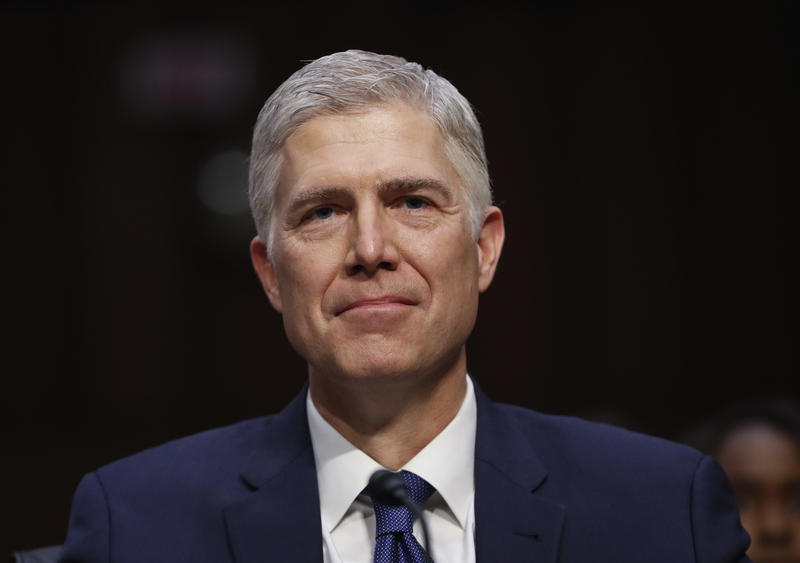 Party politics, tactics and strategy have dominated everything in government and media. he is the model candidate for the Supreme Court as the next justice to fill the vacancy of Justice Antonin Scalia. His credentials are impeccable, his character and judicial temperament unassailable, his reputation among peers and law clerks sterling and remarkable.

His judicial record is outstanding, revealing that 97 percent of the 2,700 cases Gorsuch decided were decided unanimously. And he was in the majority 99% of the time.

He is a humble man, who aspires to be a ‘faithful and able lawyer’, as he revealed in word and behavior in his opening statement when last week’s Senate confirmation hearings began.

When newly inaugurated and much despised President Donald Trump named Neil Gorsuch to the Supreme Court, countless assessment pieces appeared in news outlets quickly. This New York Times op-ed stood out among them, because it was swiftly and sincerely written and published by President Obama’s Acting Solicitor General Neal Katyal on Why Liberals Should Back Neil Gorsuch.

About which my friend and radio guest Professor Chad Pecknold said this:

“It’s important that we have sober voices in political life–whether conservative, liberal, independent, from any political party. Sobriety, decency and realism is what we should be looking for in the midst of all of our political hopes and fears right now.

Former President Obama’s acting Solicitor General, Neil Katyal — himself a liberal Democrat — brings that sobriety in his New York Times endorsement of Neil Gorsuch who he calls a decent man who can restore our confidence in the rule of law. Liberals certainly will prefer a Democratic appointment, and will still feel the bruises of the Republican blockade to Garland’s confirmation, nevertheless, they should back Gorsuch because they aren’t going to get anyone more decent, honest, just and fair than Neil Gorsuch, who judges not according to his political preferences but according to the Constitution. That’s high praise. Gorsuch said himself, if a judge rules according to his preferences, he’s probably a bad judge. He holds himself to a standard external to his preference. That’s what we should all want in a judge.

John Adams once said, “we are a nation of laws not of men,” and we need to ensure that those who sit as judges in our country’s highest court believe that we are governed by truths more stable than the whims of men. We need to reaffirm that now more than ever, and be wary of being tossed about by the winds of partisan fervor at such a vulnerable point in our nation’s history. It’s a small step, but it’s a small step in the right direction.”

Gorsuch himself has shown no partisan favor, but has upheld the law for every person of any background or belief, as this Time.com piece by a religious liberty legal counsel attests. Read it, to see the array of cases he has heard and ruled on regarding religious liberty for all.

“So as the nation meets Judge Gorsuch, pay close attention to the full significance of his decision in Hobby Lobby. It was a landmark victory not just for a Christian family but also for a Muslim prisoner, a Native American feather dancer and a Sikh soldier. It was, in short, a victory for people of all faiths. Confirming Judge Gorsuch would be, too.”

At core in religious liberty law is the recognition and protection of conscience rights. This Wall Street Journal commentary by Sohrab Ahmari, Journal editorial writer addresses that, starting with a parody of how opponents to his confirmation are trying to paint his fabricated negatives.

“Neil Gorsuch is a reactionary with “troubling” views that are “far outside the mainstream” and represent an “imminent threat to our constitutional rights.” That’s according to the various organs of the activist left that have set out to torpedo his nomination to the Supreme Court. To get a better picture of the Coloradan’s philosophy, and his sense of right and wrong, start with his book, “The Future of Assisted Suicide and Euthanasia.”

Published in 2006, the same year he joined the 10th U.S. Circuit Court of Appeals, the book reveals a profound and morally imaginative mind that defies the caricatures of an enemy of progress. His main impetus is to preserve—not dismantle—the Anglo-American legal tradition’s commitment to universal equality and human dignity.

Fair-minded liberals may even be persuaded by his case against euthanasia. They will probably be surprised to learn that his thinking on the issue isn’t based on faith. Rather, Judge Gorsuch relies on secular moral reasoning to argue that legalization risks dehumanizing the most vulnerable Americans and imperiling the Constitution’s promise of equal protection under law.

At the heart of the book is the question of when to limit self-determination in classically liberal societies, like America’s, that are constitutionally committed to maximizing it.”

In those opening remarks Gorsuch made on the first day of his confirmation hearings, after thanking so many people in his life, and reflecting on the nature of law and his professional dedication to upholding it as he saw that duty best served, the Supreme Court nominee’s concluding words were among the most revealing. He recalled words he found at the Old Granary burial ground in Boston, “where Paul Revere, John Hancock, and many of our founders are buried.”

“I came across the tombstone of a lawyer and judge who today is largely forgotten — as we are all destined to be soon enough. His name was Increase Sumner. Written on his tombstone over 200 years ago was this description —

As a lawyer, he was faithful and able

as a judge, patient, impartial, and decisive;

In private life, he was affectionate and mild;

in public life, he was dignified and firm.

Party feuds were allayed by the correctness of his conduct;

calumny was silenced by the weight of his virtues;

and rancor softened by the amenity of his manners.

These words stick with me. I keep them on my desk. They serve for me as a daily reminder of the law’s integrity, that a useful life can be led in its service, of the hard work it takes, and an encouragement to good habits when I fail and falter. At the end of it all, I could hope for nothing more than to be described as he was. If confirmed, I pledge that I will do everything in my power to be that man.”

If justice be done, the Senate will confirm this man.

This MercatorNet article was republished with permission.