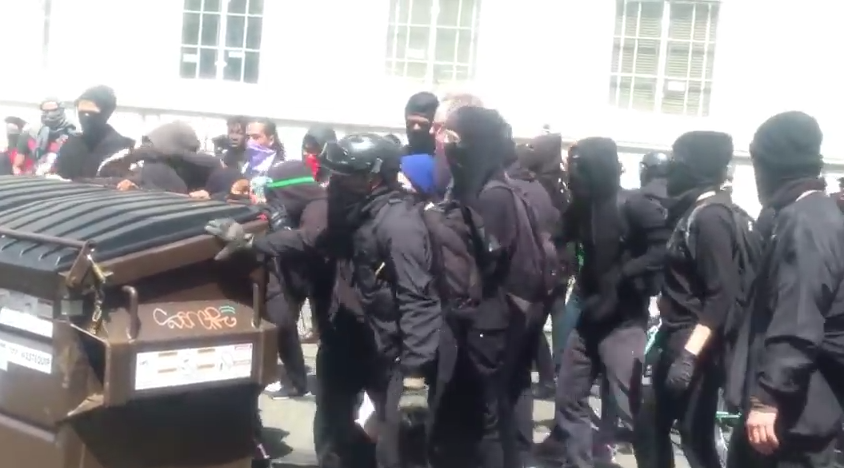 If one was to judge solely from headlines, it would appear that the only activities occurring on university campuses these days are riots and outrage. As professor Jonathan Haidt notes, it’s as if the university is possessed of a “tribal mind” which views “the demonization of inconvenient research and researchers” as its chief end.

Haidt’s observations, however, are not new. Duke University professor John Staddon noted the same trends over 25 years ago in a brief article for the Duke Faculty Newsletter. What’s more, he also explained how the tribal mindset we see on today’s campuses came from the deliberate decision to embrace, rather than reject, chaos:

“In the early 1960s, Clark Kerr the energetic and respected president of the University of California system, had a really bad idea. Noting the rise of the so-called ‘research university’ with its incoherent mélange of disciplines and subcontractors, Kerr decided to embrace chaos rather than deplore it. He therefore coined a new term, multiversity, with which to dignify the mongrel apparition. The road has been largely downhill ever since. The recent ascendance of ‘multiculturalism’ – which often looks like tribalism in an intellectual disguise; the denial of the possibility of objectivity; ridicule for ‘truth’, to the point that intellectual trendoids are as embarrassed by the idea of truth as they have traditionally been by moral assertions of almost any sort; all these things are perhaps the natural end-point of the movement that Kerr discerned thirty years ago.

The trend that Kerr was reacting to was away from any commitment to universal knowledge, universal moral values or indeed anything universal at all about the university. Instead of being home to a quasi-religious community with a single creed – veritas – Kerr saw the research university as an agglomeration of convenience. …

Staddon goes on to say:

Kerr’s vision has evidently prevailed. The root idea of the university as a community joined together in the pursuit and dissemination of truth has been largely overshadowed by all sorts of pragmatic functions to do with public betterment, social mobility and national competitiveness. The weakness of the structure in the face of assaults that would have been regarded as laughable 30 or 40 years ago is perhaps a consequence of this loss of faith in the institution’s central purpose.”

Considering that Staddon recognized that the university was a weak façade ready to be knocked down more than a quarter of a century ago, how much closer are we to that point today?

It’s undeniable that the university has largely shut its ears to truth, abetted the squelching of free speech, and embraced relativism with open arms. Fortunately, as the pushback against campus chaos has shown, there is still a hunger for truth and rational discourse. One has to wonder, since the university has so firmly planted its flag in the stand in favor of chaos, will the quest for truth simply move on to other avenues and venues and leave the university behind? By exchanging objectivity for the tribal mentality, have universities fallen on their sword and done themselves in years ago without realizing it?