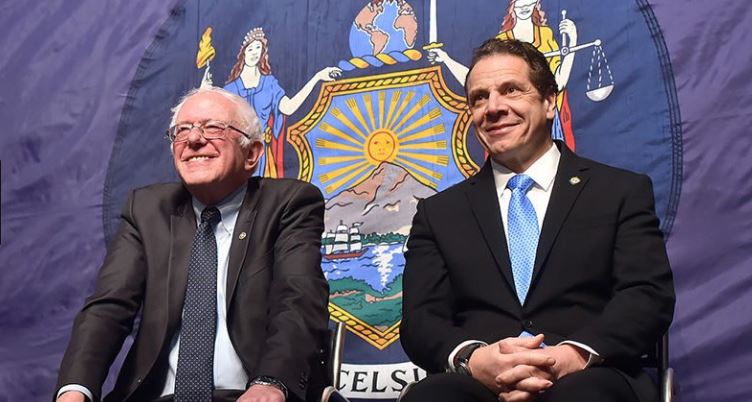 A new program just passed by New York’s state government promises “free tuition” for middle-class students to attend a public college or university in the state. While there are similar programs elsewhere in the US, this is the first to include four-year schools.

All of the headlines include some variation of the term free college, which makes this a great opportunity to discuss what actually happens when a government provides something for “free.” Let us consider this program from three different perspectives.

From the student’s perspective, this is another scholarship program. Indeed, it is called the “Excelsior Scholarship,” and students may apply for it to cover any tuition not already covered by other forms of financial aid. It does not cover other fees, room and board, or books, so any headline advertising “free college” is misleading. One estimate based on the cost of attending a State University of New York campus says that the new program would pay about $26,000, leaving $60,000 for the students and their families to pay.

Nevertheless, before any further increases in non-tuition prices, this may encourage more students to apply and attend. SUNY has seen enrollment increases every year at least since 2002, which is the earliest data at data.ny.gov. The question, however, is whether using government policy to funnel even more students into four years of public education is a good idea. Nationwide, enrollment has recently dropped, but this has mainly been in for-profit and community colleges. Public schools have seen steady increases in enrollment, tuition, and borrowing.

In 1987, then Secretary of Education William Bennett made this prophetic observation: “increases in financial aid in recent years have enabled colleges and universities blithely to raise their tuitions, confident that Federal loan subsidies would help cushion the increase.”

This became known as the Bennett hypothesis. Considering the rise in tuition since then, even relative to CPI, he may have been onto something (data from CollegeBoard.org and BLS.gov).

From the taxpayer’s perspective, this is what Bastiat called “legal plunder.” Governments have nothing they did not first extract from their citizens. Bastiat argued against any law that “performs, for the profit of one citizen, and, to the injury of others.”

The Excelsior Scholarship funds were not donated voluntarily by generous alumni or an organization whose members value higher education. The funds were taken from hard-working New Yorkers. Families had to forgo more or better education. Businesses had to employ fewer people. Grocery store carts had to be less full at the checkout. Tourists stayed for the weekend instead of a week, or chose not to travel to New York at all.

Is it worth it? In one sense, we can’t know. It’s impossible (and therefore arrogant) to say that one person is better off with some amount of money compared to another person. Also, government programs are not subject to any sort of profit and loss test. Even when a program is a clear failure, more funds and resources are usually allocated to it.

In another sense, we can say absolutely that New Yorkers will be worse off. The way we know that resources are used in the best possible way is that an individual has to voluntarily dedicate those resources to his or her most important goals. When funds are taken from individuals and used in a way those individuals would not have used them, then we can say for sure that those people are worse off. There are only two possibilities for the goal that is pursued with the stolen funds: (1) it is less important to the taxed individuals than what they would have done with the money, or (2) it is something the taxed individuals would not want at all.

Said another way, if and to the extent that New Yorkers wanted to help students by paying for their tuition, they would have done so on their own.