3 Reasons the Dutch Have the Happiest Children in the World 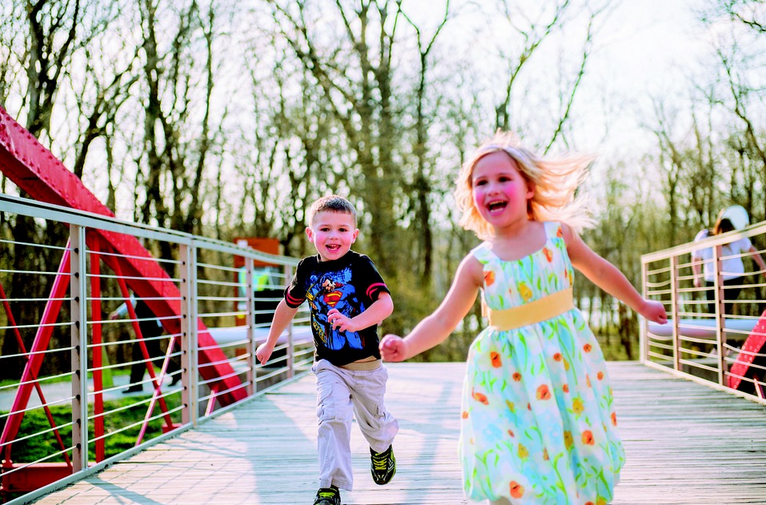 According to the recently released World Happiness Report, many of the happiest nations are those found in the Germanic portions of the world. One of these is the Netherlands.

But the Netherlands doesn’t just contain happy adults; it contains happy children as well, as author Rina Mae Acosta explains in an interview for MarketWatch. As Acosta sees it, there are several things which Dutch parents do which promote this happiness, three of which are below:

1. They Teach Self-Control
When it comes to dietary choices, Dutch parents aren’t opposed to letting their children indulge in unhealthy foods. This is particularly evident in the fact that chocolate is a staple of the Dutch breakfast. But according to Acosta, “if children are allowed their own indulgences, it becomes less of a taboo and they learn to have more self-control.”

2. They Reject Entitlement
Unlike American children who seem to believe that they need to be waited on hand and foot, Acosta explains that Dutch children:

“[A]re not children who are entitled – in fact, the children who are spoiled and entitled are often the unhappiest, I find. … Middle-class Dutch children would know even if they wanted something, they have to actually work for it.”

3. They Encourage Independence
Dutch parents are careful, Acosta explains, but they strive to avoid the dreaded helicopter parenting by letting children go places on their own and directing their own play:

“They bike to school. They have 45 minutes of recess. They’re also expected to play outside. The first years of school, they’re encouraged to create their own play dates. The parents talk and it’s decided whose house the children are going to be at, and what time the children are picked up dropped off at their house. During that time, the children are expected to entertain themselves.”

In a nutshell, Acosta describes parenting in the Netherlands as “an intuitive parenting approach that most of us already know but have forgotten.” In other words, it’s plain, old common sense.

Unfortunately, the loss of common sense in American parenting may be detrimental to children long after they have matured. According to a recent study by Southern Methodist University, college females subjected to helicopter parenting are less well-adjusted psychologically. College males, on the other hand, encounter greater anxiety and depression if they are not trained to be independent individuals.

The fact is, Americans seem to have desired the best for their children so badly that they have gone to extremes to control the environment in which their child is raised. Do more parents need to reverse course and realize that to be a success, a child must first be taught to stand on his own two feet?