Yet Another Student Thwarted by PC-Police for Distributing Constitution Copies 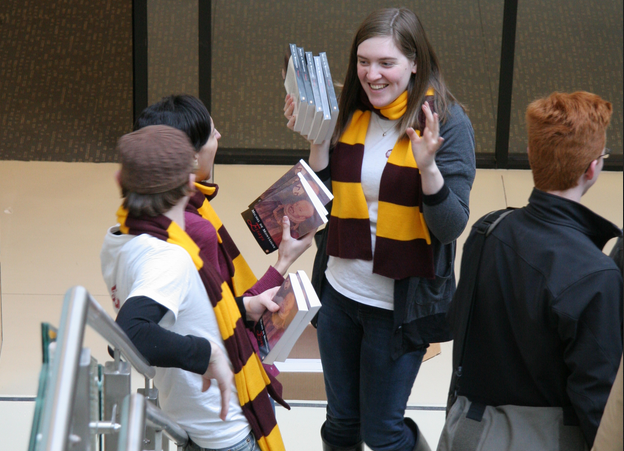 Earlier this year, it was reported that several students were arrested for passing out copies of the U.S. Constitution on a Michigan college campus. The students were accused of “obstructing” the educational rights of others by their “provocative” discussions about freedom and liberty.

As it turns out, these Michigan students weren’t the only ones who were guilty of passing out U.S. Constitutions. Los Angeles student Kevin Shaw did the same, and is now involved in a lawsuit over his right to do so. According to The Washington Post:

“Shaw said he was handing out copies of the Constitution after the divisive presidential election and that there had just been a large anti-Trump protest on campus. ‘Students had been yelling on both sides, left and right. I wanted to represent a moderate middle, people on the left and the right. We don’t have to hate each other.’

The reaction from other students, he said, was ‘awesome. I had a lot of really great conversations with people.’

Shaw said when the school official told him to stop his handouts, he tried to politely ask about his First Amendment rights, then packed up and left when he was told he would be asked to leave campus if he did not comply.”

Such incidents are the natural outgrowth of a hyper-sensitive society. We hold the ever-fluctuating sway of relativism in such high regard that anyone who tries to promote absolute truths – such as those laid out by the Constitution – finds he is unwelcome.

But I wonder if it’s possible that incidents like those encountered by Kevin Shaw are the result of more than our high regard for relativism, tolerance, and the like. Is it possible that these incidents also stem from society’s embrace of the “experts,” who see fit to micromanage nearly every aspect of today’s culture?

The late author and professor Christopher Lasch hinted that such might be the case. In his book, The Culture of Narcissism, Lasch writes:

“Modern society has achieved unprecedented rates of formal literacy, but at the same time it has produced new forms of illiteracy. People increasingly find themselves unable to use language with ease and precision, to recall the basic facts of their country’s history, to make logical deductions, to understand any but the most rudimentary written texts, or even to grasp their constitutional rights. The conversion of popular traditions of self-reliance into esoteric knowledge administered by experts encourages a belief that ordinary competence in almost any field, even the art of self-government, lies beyond reach of the layman.”

Lasch lists many evidences of this in society, and then concludes by saying:

“In view of all this evidence, it should not surprise us that Americans are becoming increasingly ignorant about their own rights as citizens. … Universal public education, instead of creating a community of self-governing citizens, has contributed to the spread of intellectual torpor and political passivity.”

If Americans want to continue being a nation of self-governing individuals, then they must ensure that they know and understand the longstanding values of the Western tradition, such as those laid out in the Constitution. But will this goal be thwarted by the very experts who control the nation’s public school system?