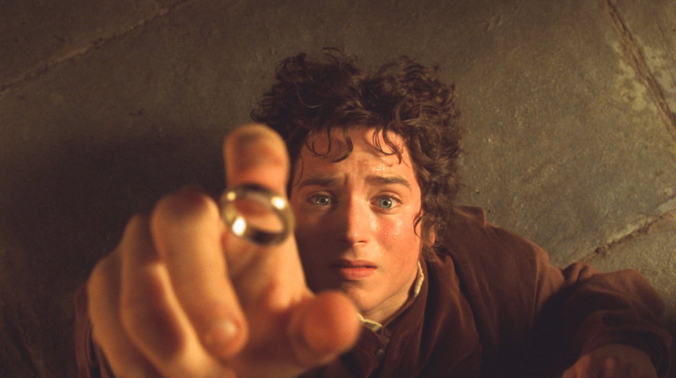 Is The Lord of the Rings an allegory? It’s a question that continues to divide lovers of Tolkien’s magnum opus. Yes, say some. No, say others. In the face of such an impasse it might be helpful to ask Tolkien himself. Surely he must know. Surely, as the author, he has more authority to answer such a question than anyone else. This being so, let’s defer to him. Let’s allow him to answer definitively.

“It is neither allegorical nor topical,” Tolkien insists in the Foreword to the second edition of The Lord of the Rings, adding, for good measure, that he “cordially dislike[s] allegory in all its manifestations”. Well that would seem to settle it.

But wait a minute. Replying to a letter in which he was asked whether The Lord of the Rings was an allegory of atomic power, he replied that it was “not an allegory of Atomic power, but of Power (exerted for Domination)”. And on another occasion he wrote that “The Lord of the Rings is of course a fundamentally religious and Catholic work; unconsciously so at first, but consciously in the revision”. But how can it be “fundamentally religious and Catholic”? There’s no mention of Christianity in the whole work, Catholic or otherwise, or of any organized religion. If there is no literal reference to Christ or the Church and no allegorical level of meaning, the work cannot be Catholic, and yet Tolkien not only insists that it is “religious and Catholic” but prefixes the assertion with “of course”, as if to state that the religious and Catholic dimension is obvious. What is one to make of all of this confusion and seeming contradiction? Can we believe that Tolkien is confused about his own work? Does he contradict himself because he doesn’t know what he is talking about? Clearly not.

Whatever else Tolkien is, he is not an idiot. As a professor of philology at Oxford University, he knows that a word such as “allegory” has several meanings. He is using it in one sense when he “dislikes” it in the Foreword to The Lord of the Rings and in another sense when he speaks of The Lord of the Rings as being an allegory of power, or of its being “fundamentally religious and Catholic”. The sort of allegory that he dislikes is formal or crude allegory, the sort of allegory that employs personified abstraction, such as Boethius’ Consolation of Philosophy, Bunyan’s Pilgrim’s Progress and C. S. Lewis’ Pilgrim’s Regress. Boethius’ Lady Philosophy and Bunyan’s Giant Despair are not fully real characters because their only purpose is to personify the idea that they represent. Similarly the beautiful woman in shining armour in Lewis’ Pilgrim’s Regress, whose name is Reason, is no more a fully real person than are her two younger sisters, Philosophy and Theology. There are no such allegorical figures in The Lord of the Rings because Tolkien dislikes them.

[RELATED: 18 Ways Lord of the Rings is Christian Allegory]

Instead, Tolkien talks of ways in which events in a story are “applicable” to events in our own lives and our own world. Such an applicable connection is also an allegorical connection. Linguistically “allegory” derives from the Greek word allegoria, itself a combination of two Greek words: allos, meaning “other”, and agoria, meaning “speaking”. At its most basic level, therefore, an allegory is anything that speaks of another thing. It is this broader meaning of the word that Tolkien has in mind when he speaks of The Lord of the Rings as being an allegory of power or of its being “fundamentally religious and Catholic”.

In the same letter in which Tolkien describes his masterpiece as being “religious”, he writes that “the religious element is absorbed into the story and the symbolism”. His reference to symbolism, itself a form of allegory, reminds us of the timeless words of Oscar Wilde.

Those who go beneath the surface of The Lord of the Rings do so at their peril. Those who read the symbols enter a perilous quest into the presence of dragon-slaying truth.