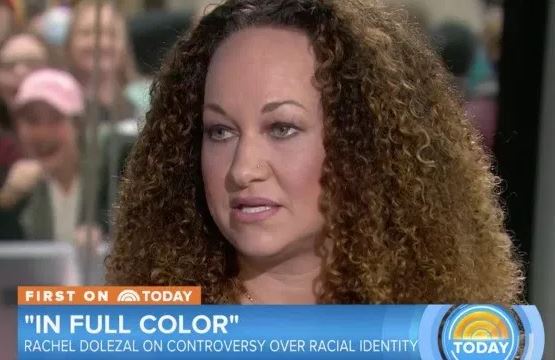 Rachel Dolezal became famous two years ago when, as the ostensibly African-American head of the NAACP, it was discovered that she wasn’t Black at all, as she had always claimed. Rather than admit that she had simply lied, she instead began arguing that, despite the biological reality that she was a Caucasian, she really was Black.

In doing so, she simply took the assertion of the postmodern gender deniers (completely unfounded and, at bottom, preposterous) that gender was “socially constructed” and applied it to race. If one is socially constructed, she argued, then so is the other.

To say that something is socially constructed is to say that it is not the product of “nature,” but entirely of “nurture”—that it is subjective, rather than objective. It is to say that boys are boys because they were taught to play with trucks when they were little and girls are girls because they were taught to play with Barbies. It’s almost literally that simple for many of the out-of-touch ideologues who staff women and gender studies departments in the academic ivory towers, where the air, apparently, is very thin.

In making the claim that race is just as culturally constructed as gender, Dolezal put the gender ideologues in a difficult position.

In logic, this is known as a modus ponens argument. It is universally valid:

But what gender ideologues know intuitively is that this argument opens them up to an equally valid maneuver:

This is a modus tollens argument, another universally valid form:

If P, then Q
Not Q
Therefore, not P

Of course, the gender ideologues could try to get out of this by arguing that race has nothing to do with gender. And, in fact, that’s exactly what they do.

But here’s the problem: It is far more difficult to accept that gender is socially constructed than that race is. Race is far less fundamental than gender. The difference between a male and female is much more pronounced than the difference between a Black male and a White male or a Black female and a White female—unless, of course, you’re a racist who believes that races are more fundamentally different.

But the converse is also true: that it is harder to accept the harder thing (gender denial) than it is to accept the easier thing (race denial): In other words, if you reject racial denial (a less extreme application of social construction), then you have to reject gender denial (the more extreme application of social construction).

Dolezal is taking the assumptions of gender ideology to their logical conclusion and unwittingly showing that, if her position is absurd, then the position of the gender deniers is even more so.