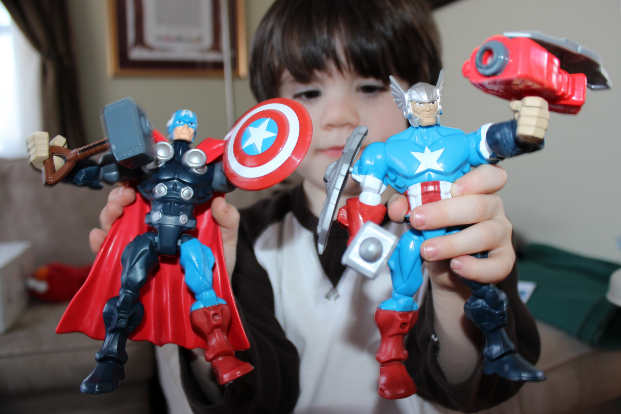 A few months ago, neuroscientist Debra Soh declared that trendy attempts to raise children in a gender-neutral environment are downright “futile.” Soh explained:

“[S]o long as children are given the option to take part in activities they find interesting, there’s nothing wrong with being gender-typical.”

But according to a recent Dartmouth Review interview with philosopher and scholar Christina Hoff Sommers, that advice isn’t being taken to heart, particularly when it comes to boys.

As Sommers explains, both scientific studies and nature itself teach that “women tend to be more nurturing, risk averse and emotionally expressive, while men are usually more competitive, risk taking, and emotionally flat.” Because of this, females are more likely to choose dolls as playthings, while males are more likely to engage in “rough-and-tumble play” and “prefer balls and toy cars.”

“To give one example, little boys tend to favor superhero play where they vanquish bad guys. Two researchers noticed that many teachers don’t like that sort of play and often don’t allow it.”

Sommers goes on to say:

“They asked an important question: ‘If boys, due to their choices of dramatic play themes, are discouraged from dramatic play, how will this affect their early language and literacy development and their engagement in school?’ Ignoring genuine differences between boys and girls can be just as misguided as creating differences where none exist.”

In all likelihood, many of us have observed this tendency to squash traditional boy play in our everyday lives. In schools, boys are told to be quiet and reserved and are no longer given much opportunity to wear off their energy during recess or physical activities like shop class. In society, boys are given the idea that the “superhero” mentality of protecting and providing for the fairer sex is an insult to women.

In recent years, it has been observed – particularly by young women – that men are growing increasingly wimpy and soft. Is it possible this has happened because we’ve been unconsciously shaming boys for being drawn to traditional “rough-and-tumble” male activities and roles?