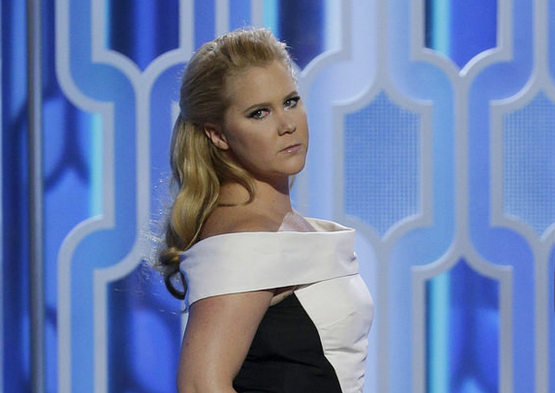 In the last several years, comedienne Amy Schumer has burst on the national scene and enjoyed a decent amount of success.

Like many of today’s comedians, Schumer’s humor capitalizes upon crass and crude subjects, which the Los Angeles Times recently described in the following way:

“Schumer’s renown for obliterating narrow ideas about female sexuality, double standards and negative body image with a crude and biting realism is usually reserved for men in comedy. And she does it with an abandon that’s often as boundary-smashing as it is obscenely funny.”

But as the Los Angeles Times goes on to explain, crudity may not be the silver bullet to success that Schumer has banked upon. In a review of her recent production, “The Leather Special,” critic Lorraine Ali suggests that Schumer’s increasing crassness is downright… boring:

“‘The Leather Special’ not only relies on many of those familiar and explicit themes, but kicks it all up a notch so there’s more of it — with more frequency and extremities. And as it turns out, that’s not a good thing. I’d put an example here, but a series of bleeped out words probably won’t be helpful.

Ironically, the dirtier it gets, the less daring it feels.”

Lest one think that Lorraine Ali is a bit of a prude, it might be helpful to look at several other reviews. According to Fox News, a number of critics insist Schumer has gone too far, with Newsday even labeling Schumer’s show as “too carnal.”

Such reviews call to mind what one of Schumer’s role models, Carol Burnett, said last year in regards to the state of humor in modern culture. According to Ms. Burnett, today’s alleged comedy shows “sound like they’ve been written by teenage boys in a locker room.” Ms. Burnett claims she is no prude, but professes she “would like to see cleverness come back.”

There’s no denying that our culture has grown increasingly crude, not only in television and media offerings, but also in language and other cultural habits. Is it possible that this crudity is a sign of society’s decreasing “cleverness”?