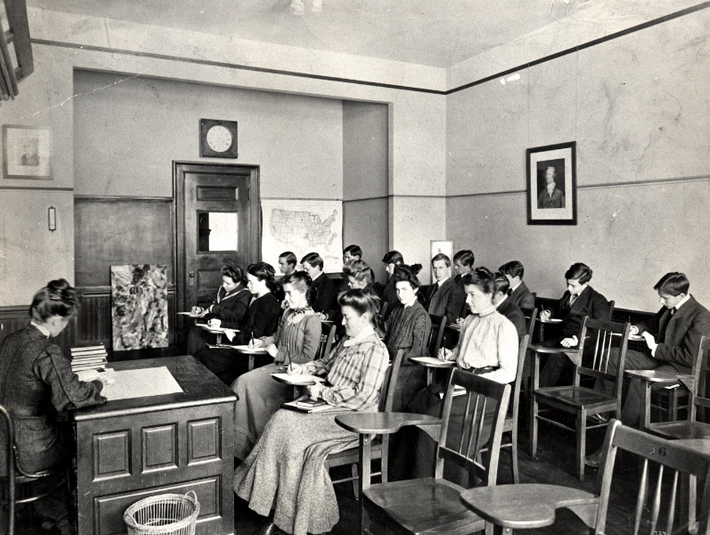 Have you ever wondered what the Nation’s largest teacher union (the National Education Association or the NEA) thinks about religion, the Bible, and character education?

I honestly don’t think I’d ever given it much thought until the other day when I unearthed a set of the organization’s 14 principles from 1908. They were so surprising that I couldn’t resist comparing them to resolutions from the 2016 NEA platform.

In terms of character education, the current NEA does express its support, stating that schools should be “intentional” in promoting “ethical values and principles” among its students. However, it fails to explain what exactly those ethical values are.

By contrast, the 1908 version explicitly spells out what consists of ethical and moral behavior, including respect for authority, and denial of self:

“The National Educational Association wishes to record its approval of the increasing appreciation among educators of the fact that the building of character is the real aim of the schools and the ultimate reason for the expenditure of millions for their maintenance. There are in the minds of the children and youth of today a tendency toward a disregard for constituted authority, a lack of respect for age and superior wisdom, a weak appreciation of the demands of duty, a disposition to follow pleasure and interest, rather than obligation and order.”

When it comes to religion, the NEA of 2016 guardedly expresses support for the free exercise of it, but suggests that any “instruction in religious doctrines and practices is best provided within a family setting and/or by religious institutions.”

The 1908 version, however, goes so far to suggest that the foremost religious text in the world – be an integral part of school instruction, particularly since it is a source of high quality, moral literature:

“It is apparent that familiarity with the English Bible as a masterpiece of literature is rapidly decreasing among the pupils in our schools. This is the direct result of a conception which regards the Bible as a theological book merely, and thereby leads to its exclusion from the schools of some states as a subject of reading and study. We hope for such a change of public sentiment in this regard as will permit and encourage the reading and study of the English Bible, as a literary work of the highest and purest type, side by side with the poetry and prose which it has inspired and in large part formed.”

Now, society has changed a lot since 1908. Promoting traditional morality is not encouraged like it once was.

But do you think such a move is a mistake? Would today’s students be better off with the principles adopted by the 1908 version of the NEA, which support teaching an objective moral code and are unafraid to allow students to examine religious texts like the Bible?

Image Credit: Teacher’s College: A Glimpse of the Past