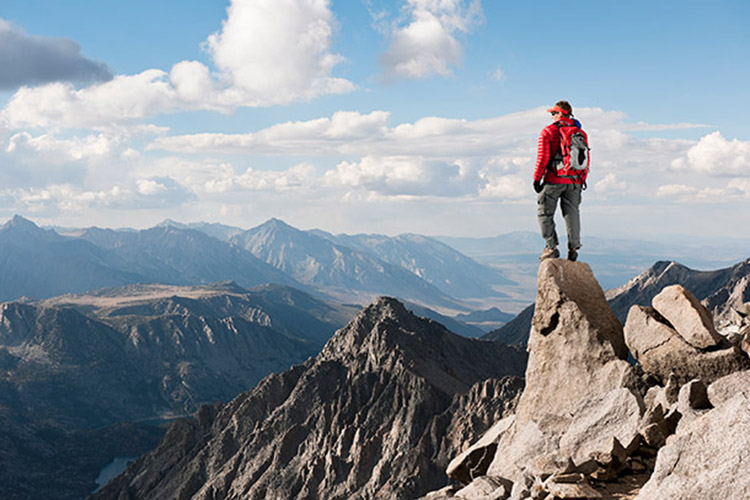 In our post-modern world, beauty is often said to be in the eye of the beholder. And, yet, I have little doubt that one could pull together Muslims, Atheists, Christians, Buddhists, and others to view a sunset and all who viewed it would agree in its beauty. The same likely may be said for viewing a lovely woman of any race, a shining example of a thoroughbred horse, a finely crafted dagger, and even an alpha wolf.

In the West’s past, creatures and things were thought to take certain forms. By understanding the forms, one could identify the most beautiful example of a certain form and, therefore, see universal beauty. The ability to see beauty was thought to be a gift from God. The idea being that the creator wanted the pinnacle of his creation (man) to recognize and glorify the beautiful creations of the creator.

Now that we as a culture have largely done away with the idea of God as a creator and man as the pinnacle of His creation, we are left to ponder the reason for beauty based on evolutionary biology. We know we all see beauty, but evolutionary biology leaves far many more questions than answers, particularly when it comes to terrifying beauty.

The wolf, the dagger, the mountain, and even the sunset represent terrifying beauty. While each has a certain beauty, they also represent a terrifying amount of threats. The mountain is full of dangers, the dagger can strike one down, the wolf may devour us, and sunset heralds a great increase in stalking terrors and nightmares. So why do we see beauty in each one when from an evolutionary perspective we should fear them?

The author George MacDonald raises this point in The Princess and the Curdie by detailing the terrifying beauty of the mountain.

A mountain is a strange and awful thing. In old times, without knowing so much of their strangeness and awfulness as we do, people were yet more afraid of mountains. But then somehow they had not come to see how beautiful they are as well as awful, and they hated them – and what people hate they must fear. Now that we have learned to look at them with admiration, perhaps we do not feel quite awe enough of them. To me they are beautiful terrors.

I will try to tell you what they are. They are portions of the heart of the earth that have escaped from the dungeon down below, and rushed up and out. For the heart of the earth is a great wallowing mass, not of blood, as in the hearts of men and animals, but of glowing hot, melted metals and stones. And as our hearts keep us alive, so that great lump of heat keeps the earth alive: it is a huge power of buried sunlight – that is what it is.

Now think: out of that cauldron, where all the bubbles would be as big as the Alps if it could get room for its boiling, certain bubbles have bubbled out and escaped – up and away, and there they stand in the cool, cold sky – mountains. Think of the change, and you will no more wonder that there should be something awful about the very look of a mountain: from the darkness – for where the light has nothing to shine upon, it is much the same as darkness – from the heat, from the endless tumult of boiling unrest – up, with a sudden heavenward shoot, into the wind, and the cold, and the starshine, and a cloak of snow that lies like ermine above the blue-green mail of the glaciers; and the great sun, their grandfather, up there in the sky; and their little old cold aunt, the moon, that comes wandering about the house at night; and everlasting stillness, except for the wind that turns the rocks and caverns into a roaring organ for the young archangels that are studying how to let out the pent-up praises of their hearts, and the molten music of the streams, rushing ever from the bosoms of the glaciers freshborn.

Think, too, of the change in their own substance – no longer molten and soft, heaving and glowing, but hard and shining and cold. Think of the creatures scampering over and burrowing in it, and the birds building their nests upon it, and the trees growing out of its sides, like hair to clothe it, and the lovely grass in the valleys, and the gracious flowers even at the very edge of its armour of ice, like the rich embroidery of the garment below, and the rivers galloping down the valleys in a tumult of white and green! And along with all these, think of the terrible precipices down which the traveler may fall and be lost, and the frightful gulfs of blue air cracked in the glaciers, and the dark profound lakes, covered like little arctic oceans with floating lumps of ice.

All this outside the mountain! But the inside, who shall tell what lies there? Caverns of awfullest solitude, their walls miles thick, sparkling with ores of gold or silver, copper or iron, tin or mercury, studded perhaps with precious stones – perhaps a brook, with eyeless fish in it, running, running ceaselessly, cold and babbling, through banks crusted with carbuncles and golden topazes, or over a gravel of which some of the stones are rubies and emeralds, perhaps diamonds and sapphires – who can tell? – and whoever can’t tell is free to think – all waiting to flash, waiting for millions of ages – ever since the earth flew off from the sun, a great blot of fire, and began to cool.

Why, again, is the mountain beautiful? Whether one knows of its hidden treasures or not, today we celebrate the mountain even for all its terrors. Indeed, throughout man’s history, he has often celebrated the most terrifying things as also the most beautiful: the bear, the wolf, the mountain, the dagger, the arrow, woman, and on and on. Why?

If beauty is evolved as a means for man to be attracted to the best things for him, why do we often behold the most dangerous things – even woman – as the most beautiful?

And here, while the West’s Christian heritage may seem simplistic, it embraces and allows for a certain mystery – even the mystery of beauty – that seems far more satisfying than what science offers. Indeed, maybe science is not meant to answer all our questions. In the end we may need ultimately to turn to philosophy and religion to make peace with some of the most obvious, yet deepest mysteries we encounter.