Professor: The Perks of One-Room Schools 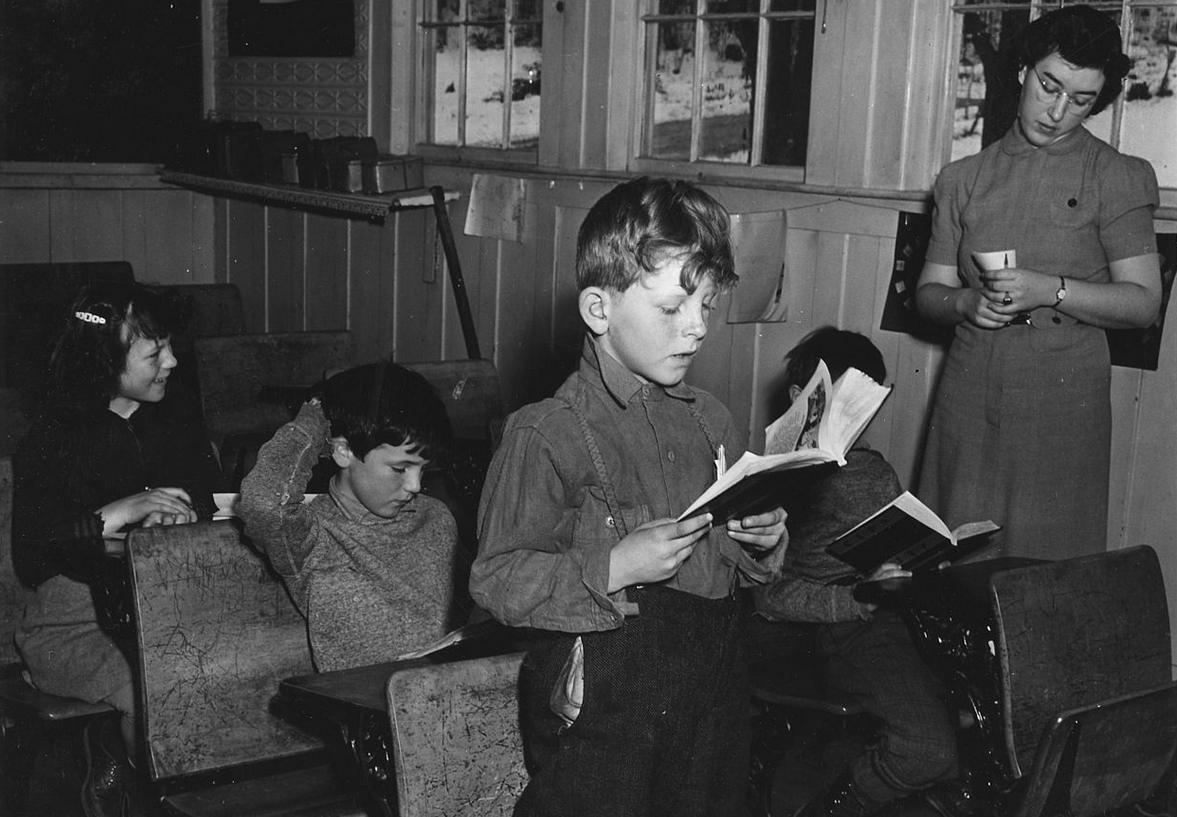 In recent years, many have looked to technology to be the panacea for America’s education problems. Surely, the thinking goes, an iPad in every set of hands will open the floodgates to knowledge that can be personalized to every child.

But former public school teacher and current college professor Dr. John Schrock disagrees that looking forward in this way is the best solution. In a recent editorial, he suggests that the one-room school model of education has some overlooked benefits for today’s students.

As Dr. Schrock explains, he spent his second, third, and fourth grade years in the cousin of the one-room school, also known as a “two-room schoolhouse.” He goes on to say:

“Today, education schools demean such a system because teachers can only give one-fourth of their attention to each grade of students. But as a student, I found the system had advantages.

Three-fourths of the time, my row was assigned to do our class work while the teacher was teaching another row. I remember listening ahead to the next grade up. I got a head start on reading and math that was more advanced. And classmates in my row who were having difficulty were able to listen in on the lower grade class; they got a refresher lesson.”

But according to Dr. Schrock, academic review and accelerated learning were not the only things the one-room model offered. It also provided the incentive to be a role model and help to others:

“I also clearly remember as a student back in that two-room schoolhouse how it was important for me in row three (third grade) to be an example for the good students in row two and the struggling students in row four. It was not an elitist feeling — and any student who acted as a know-it-all would be rapidly put in their place — but just a recognition that we had a responsibility to help our classmates learn, too. Because we could learn it, they realized they could learn it, too.”

In the last 75 years, American schools have undergone a dramatic change as small, intimate, and local schools have been abandoned in favor of large ones. We often think of this as progress, arguing that students have greater opportunity for advanced courses, extracurricular activity, and more specialized instructors.

But as Richard Weaver explains in his book, Ideas Have Consequences, this “belief that the most advanced point in time represents the point of highest development” can often hinder our ability to recognize where we have made mistakes and return to ideas of the past which may still be beneficial.

As Dr. Schrock testifies, the multi-age, small format of the one-room school model played a key role in his academic and empathetic progress. Is it possible that a similar model would help today’s students? And if so, do we have the intellectual honesty and courage to admit that some of the past’s ideas might still be beneficial?