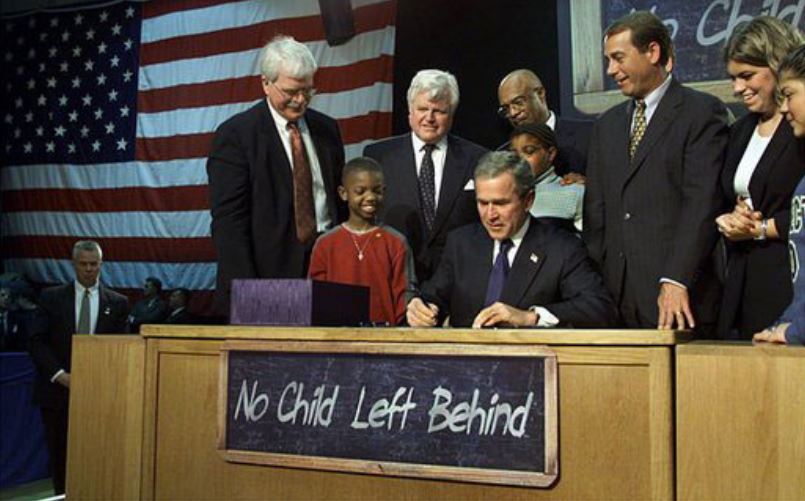 Have you ever noticed that making cuts to any area of education is enough to make teachers, parents, and politicians alike break out in a cold sweat? Indignation abounds as pundits weigh in and wonder how anyone dare suggest that bread be taken from the mouths of babes.

That attitude, however, may be heading out the door. According to Bruce Meredith, a former general counsel from the Wisconsin chapter of the National Education Association, it’s time to cut one of the figureheads of the education system: the federal Department of Education.

As Meredith and co-author Professor Mark Paige declare in the Los Angeles Times, the main reason the Department of Education should be abolished is because it is too political:

“In fact, the Department of Education was created by President Carter in part as a gift to the National Education Assn., for the union’s early support of his candidacy. Politics was the department’s original sin, and that reality has gotten only worse.”

Although this politicization began with Democrats, the authors note, it has continued under Republican administrations, particularly with the implementation of No Child Left Behind and its signature testing.

The solution to this problem? Get the federal government out of the education business and return schooling decisions to local control:

“It’s the locals… who have real advantages in helping such students.

School boards in towns and cities are less ideological and more pragmatic than politicians in Washington. They see students in personal and concrete terms. They have to work with classroom teachers, local administrators and community leaders as partners. Because they are less wedded to a political dogma, they respond more quickly when a policy isn’t working for kids.”

Judging from history, Meredith and Paige are in good company. In an 1816 letter to his friend Joseph Cabell, Thomas Jefferson declared that schools were best run by parents in local communities who were close to the situation:

“[I]f it is believed that these elementary schools will be better managed by the governor and council, the commissioners of the literary fund, or any other general authority of the government, than by the parents within each ward, it is a belief against all experience.”

Would the next presidential administration be wise to consider Jefferson’s advice? Furthermore, would we see a change for the better in the nation’s schools if education was placed back in the hands of local communities?