3 Books That Explain the Decline of Western Civilization 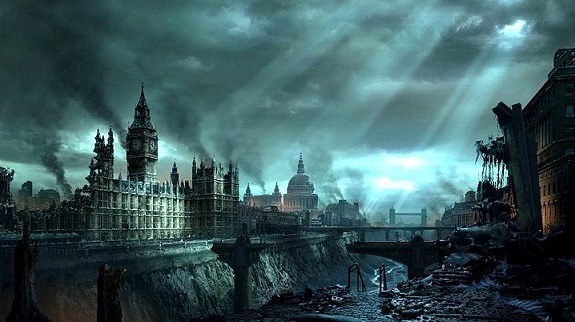 There used to be a lot books about the “decline of the West.” But now that we are well on our way to everything these writers warned us about, we don’t hear that expression much anymore.

But we need these kind of books now more than ever. Here are three that help explain what is happening with our culture. And if the books themselves seem daunting, there are always great reviews of great books, which serve to give a sense of the author’s point. Check them out.

1. Death of the Soul: From Descartes to the Computer, by William Barrett.

Barrett was one of the great writers of philosophy and ideas for the intelligent layman. An editor at Partisan Review in the 1930s and later a literary critic for the Atlantic Monthly, the New York University law professor wrote some of the best popular books on philosophy and literature—Irrational Man, The Illusion of Technique, and Time of Need. Death of the Soul is an account of what happened after French Philosopher René Descartes inaugurated what Barrett calls the “Doctrine of Two Worlds”—the separation between the internal world of the consciousness and the external world of physical reality, a separation that later culminated in a scientific reductionism that seeks to eliminate the soul altogether. See Roger Kimball’s 1986 review in the New Criterion here.

2. Ideas Have Consequences, by Richard Weaver.

The expression in the title is widely known, but the book that made it famous is little read today. It ought to be. Weaver, a scholar at Vanderbilt in the early 20th century, gives an eloquent account of the corrosive materialist rationalism that eats away at the core beliefs of Western civilization. He traces it to the denial by William of Ockham in the late Middle Ages of the existence of transcendent ideas. See David Wright’s 2015 review at Memoria Press here.

3. The Closing of the American Mind, by Allan Bloom.

Bloom’s tour de force recently celebrated its 25th anniversary. It came out in the late 1980s and took the country by storm. It continued to dominate the cultural discussion for years after its publication. It is a lament on the impoverished state of modern thought and discourse that has disconnected itself from the Western tradition that sustained it until a generation or two ago. Bloom doesn’t only critique, but recasts the vision of what it is we have lost. Cheered by those who saw what Bloom saw and reviled by those who refused to see, it continues to be referred to as one of the great books on Western culture. Read the New York Times review of this book here.

These books level their criticisms not only at the political left, but also at many of those ideas that go under the name of “conservatism” but are really only another form of political ideology. These are the writers who know the great truth that the first requirement in fighting something is to understand it.