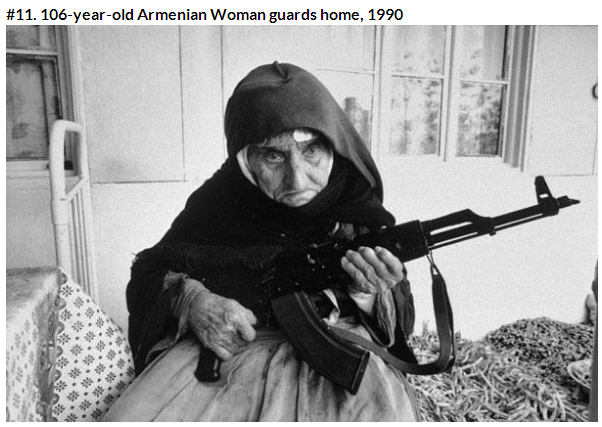 It’s odd that those who are often calling for ever greater equality in all things, are the same who are often the most vocally calling to get rid of guns.

Understandably, the thinking goes that if guns are gone then we all have a great and more equal opportunity to live in safety. Perhaps. But what if we look at guns from the perspective of power?

In the past, wars were fought by men. Yes, you may find a few examples of Amazon warriors, but overall the truth is that women didn’t fight. (And before you yell, “Racist!”, understand that the term comes from Ancient Greek mythology. Google it.)

The reason women didn’t fight? Because they are biologically weaker than men and the weapons of the time required brute force. If skills are equal, size and strength matter when you’re battling with a sword and shield. Again, when it comes to physical power, men have an incredible advantage over women. If you don’t believe it, just consider the differences in average sizes of males and females in America, as reported by the CDC:

Once the musket was developed, war changed tremendously. The knights of old, despite all of their training, could not counter peasants with muskets. The change in the balance of power grew as weapons became more commercialized and common folk could acquire them.

The American Revolution is an obvious example of what was possible when farmers and shopkeepers armed themselves. A particularly good case would be Francis Marion’s guerrilla war in the southern colonies, which held down Cornwallis’ army so that the Continental Army in the north could actually fight the British. Regarding Marion’s irregular army of militiamen, Cornwallis had the following to say:

“Colonel Marion had so wrought the minds of the people, partly by the terror of his threats and cruelty of his punishments, and partly by the promise of plunder, that there was scarcely an inhabitant between the Santee and the Pee Dee that was not in arms against us”

If you’re familiar with the movie The Patriot, Mel Gibson’s character was based on Francis Marion. In the clip below, while dramatized for Hollywood, one can come to understand how guns equalized power between individuals. Even children can pull a trigger for good in self-defense, as any number of news stories from today will attest. We also know they can pull the trigger for evil, as we’ve learned in the tragedies of school shootings.

In the 20th century, the equality that came from guns can be seen in the growing number of resistance and guerrilla fighters who were women. One can make strong arguments for the need to segregate regular combat forces by sex, but in times of need women can serve because the gun is the great equalizer of power. If you doubt that, consider the famous image of a Yazidi girl carrying an AK to defend herself and her people against ISIS:

And so now we turn to our present debate over guns and the question that vexes many: Why do some women want to give up the one tool that can give them equal power with a man? As the world likely returns to chaos and barbarism, this question should be front of mind.