The Classic Christmas Movies That Say Taxation Is Theft 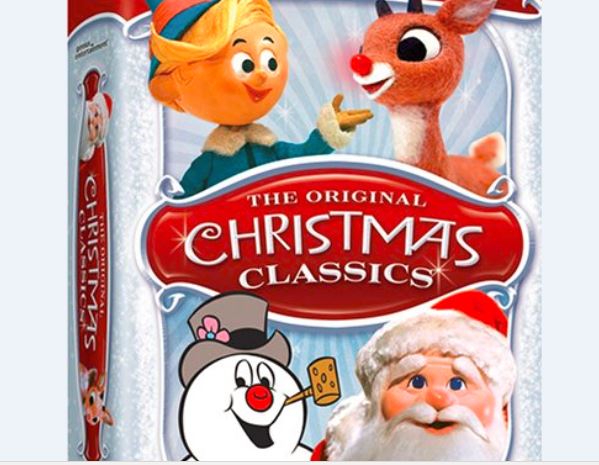 “And it came to pass that there went out a decree from Caesar Augustus that all the world should be taxed. And all went to be taxed, everyone to his own city, for to disobey the Roman emperor meant certain death.”

The message in the opening lines of The Little Drummer Boy (1968) is as rich and pleasing to the ear as Greer Garson’s euphonious narration.

First, that Bethlehem was so crowded and that there was “no room at the inn” for Joseph and Mary was not at all a natural occurrence. It was caused by the government, like virtually all human misery. Second, that all taxation occurs under the threat of violence, for to refuse to pay would result in “certain death.”

This is all within the first 30 seconds of the film. A libertarian couldn’t ask for a better start.

Taxation is repeatedly denounced throughout the story. Garson continues by noting that “there were good people who could ill afford the cruel tax.” Even the film’s chief villain, Ben Haramad (voice by José Ferrer), who kidnaps Aaron in order to compel him to perform in his traveling show, addresses his audience as “fellow taxpayers,” indicating that as bad as he might be, he is one with his audience in suffering under a much more cruel and malicious oppressor.

I couldn’t have been happier that my seven-year-old daughter was exposed to all of this, along with a very age-appropriate introduction to the gospel stories. With the central lesson of Thanksgiving – that communism is lethal and private property essential to human survival – effectively erased from popular consciousness, it was refreshing to see these foundational libertarian ideas surviving in a classic Christmas special.

Santa Claus Is Comin’ to Town

Next, we queued up another oldie from the same DVD compilation: Santa Claus Is Comin’ to Town (1970). This one didn’t disappoint either. Again, the general misery within the aptly named “Sombertown” has the same source: government. One cannot help but see the parallels between Burgermeister Meisterburger’s idiotic law against toys and the US government’s War on Drugs. All of the familiar characteristics are there.

Of course, each government’s failure to prevent human beings from engaging in activity that is harmless to others results in ever more oppressive measures. As they do in the “land of the free” today, the government finally resorts to “no-knock raids,” with armed men breaking down the doors of innocent and guilty alike. Parents and children huddle together in fear.

Meisterberger demonstrates government hypocrisy when he breaks his own law by playing with a yo-yo given to him by Kringle. What an effective analogy for the government’s own involvement in drug trafficking, both by street cops “gone bad” and by the CIA in its vast covert operations.

Meisterburger further emulates the US government with ridiculous overreach in enforcing his unjust law, arresting not only Kris Kringle but his whole family, his future wife Jessica, and even the reformed Winter Warlock. All are charged with “conspiracy,” a tactic utilized by the government to circumvent the rules of evidence in court and put over 2 million people in prison.

The story also features a useful idiot in Jessica, who at first blindly supports the law, until Kringle gives her a china doll. Realizing how harmless to others her own enjoyment of the doll is, she finally begins to question the wisdom of prohibition.

Kringle escapes the dungeon with the help of the Winter Warlock’s flying reindeer and remains an outlaw for many years afterward. However, the story ends happily as the libertarians outlast the oppressive Meisterbergers, who eventually “died off and fell out of power.” As narrator Fred Astaire relates,

“By and by, the good people realized how silly the Meisterberger laws were. Well, everybody had a wonderful laugh and then forgot all about them.”

If only the good people of the United States would attain similar wisdom.

Within this pleasant little Christmas story, youngsters couldn’t be taught a more radical libertarian lesson. The government is evil. Its edicts are often unjust and result in needless misery. The hero of the story is an outlaw who practices civil disobedience to bring a little happiness to his fellow man. Regardless of your feelings on drug prohibition, there are a thousand other parallels to real-world government oppression.

Conservatives often complain that modern Christmas specials have scrubbed Jesus Christ out of the holiday, turning it into a secular celebration of gift-giving and merrymaking. That’s not hard to understand coming out of “progressive” modern Hollywood, whose animosity towards Christianity rivals its animosity towards free enterprise. It also explains why these wonderfully libertarian themes have disappeared from today’s politically correct holiday fluff.

Whatever your religious beliefs, even if you have none at all, you can’t go wrong watching these classic Christmas specials with your children. Not only will they learn the true meaning of Christmas, but they will be exposed at a young age to the founding American principle that government is evil.

God bless us, everyone.

This first appeared at the author’s website. This article was republished on FEE.org. Read the original article.