The Christmas Story according to Luke 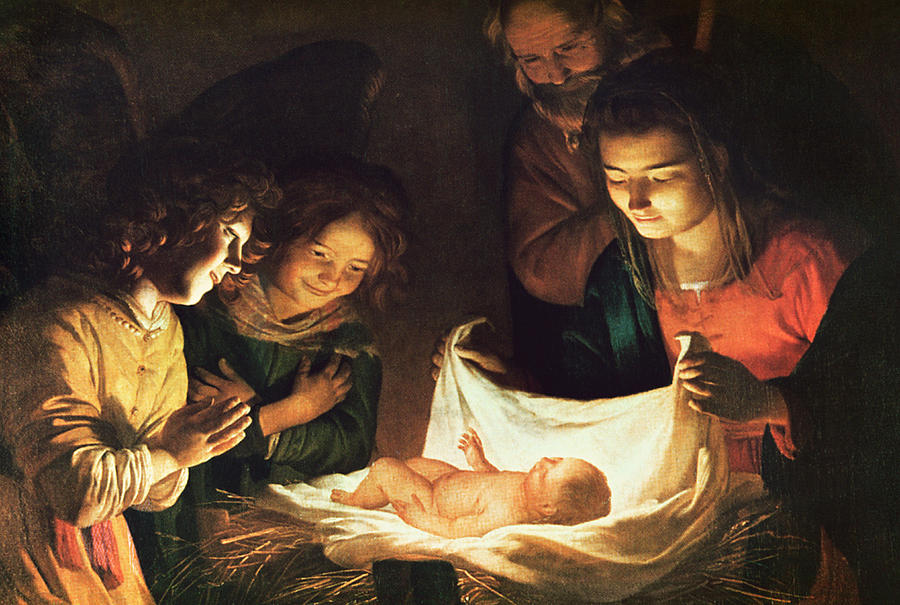 For Christians, the story actually starts well before Mary, Joseph, and Jesus in the little town of Bethlehem. It goes back to prophesies and promises found in the Old Testament and the ancient Jewish traditions.

“Therefore the Lord himself shall give you a sign. Behold a virgin shall conceive, and bear a son and his name shall be called Emmanuel” (Isaiah 7:14)

That passage of Isaiah was written roughly 700 years prior to estimates of when Christ was born and is but one of many examples of the Jewish hope in a future Messiah. The meaning of “Emmanuel” is “God with us”.

The Gospel of Luke tells the story of Christ’s birth to an audience who would have largely been familiar with many of the Jewish traditions and prophecies about the future. The Christian view is that Christ fulfilled the Old Testament promises. Some Jews, such as Christ’s apostles, believed the claim to be true. Others did not, and remained Jewish, with the religious tradition continued today. Hence, Luke opens his gospel account with the following statement:

“Since many have undertaken to compile a narrative of the events that have been fulfilled among us, just as those who were eyewitnesses from the beginning and ministers of the word have handed them down to us, I too have decided, after investigating everything accurately anew, to write it down in an orderly sequence for you, most excellent Theophilus, so that you may realize the certainty of the teachings you have received.”

Here is Luke’s explanation, from chapter 1 of the Gospel of Luke, of how Isaiah’s words about a virgin conceiving were fulfilled:

“In the sixth month the angel Gabriel was sent from God to a city of Galilee named Nazareth, to a virgin betrothed to a man whose name was Joseph, of the house of David; and the virgin’s name was Mary. And he came to her and said, ‘Hail, full of grace, the Lord is with you!’ But she was greatly troubled at the saying, and considered in her mind what sort of greeting this might be. And the angel said to her,

‘Do not be afraid, Mary, for you have found favor with God. And behold, you will conceive in your womb and bear a son, and you shall call his name Jesus.

‘He will be great, and will be called the Son of the Most High; and the Lord God will give to him the throne of his father David, and he will reign over the house of Jacob forever; and of his kingdom there will be no end.’

And Mary said to the angel, ‘How can this be, since I have no husband?’

And the angel said to her, ‘The Holy Spirit will come upon you, and the power of the Most High will overshadow you; therefore the child to be born will be called holy, the Son of God.

‘And behold, your kinswoman Elizabeth in her old age has also conceived a son; and this is the sixth month with her who was called barren. For with God nothing will be impossible.’

And Mary said, ‘Behold, I am the handmaid of the Lord; let it be to me according to your word.’ And the angel departed her.”

Jumping to chapter 2 of the Gospel of Luke, we find Luke’s account of the birth of Christ:

“In those days a decree went out from Caesar Augustus that all the world should be enrolled. This was the first enrollment, when Quirin’ius was governor of Syria. And all went to be enrolled, each to his own city. And Joseph also went up from Galilee, from the city of Nazareth to Judea, to the city of David, which is called Bethlehem, because he was of the house and lineage of David, to be enrolled with Mary his betrothed, who was with child. And while they were there, the time came for her to be delivered. And she gave birth to her first-born son and wrapped him in swaddling cloths, and laid him in a manger, because there was no place for them in the inn.

And in that region there were shepherds out in the field, keeping watch over their flock by night. And an angel of the Lord appeared to them, and the glory of the Lord shone around them, and they were filled with fear. And the angel said to them, ‘Be not afraid; for behold, I bring you good news of a great joy which will come to all the people; for to you is born this day in the city of David a Savior, who is Christ the Lord. And this will be a sign for you: you will find a baby wrapped in swaddling cloths and lying in a manger.’ And suddenly there was with the angel a multitude of the heavenly host praising God and saying,

‘Glory to God in the highest, and on earth peace among men with whom he is pleased!’

When the angels went away from them into heaven, the shepherds said to one another, ‘Let us go over to Bethlehem and see this thing that has happened, which the Lord has made known to us.’ And they went with haste, and found Mary and Joseph, and the baby lying in the manger. And when they saw it they made known the saying which had been told them concerning this child; and all who heard it wondered at what the shepherds told them. But Mary kept all these things, pondering them in her heart. And the shepherds returned, glorifying and praising God for all they had heard and seen, as it had been told them.”

The Gospel of Luke, of course, doesn’t end with the first Christmas 2,000 years ago. That is just the beginning of a story that has captured the hearts and minds of innumerable people around the world, continuing to do so today.