Study: Children of ‘Authoritative Parents’ Are Smarter with Money 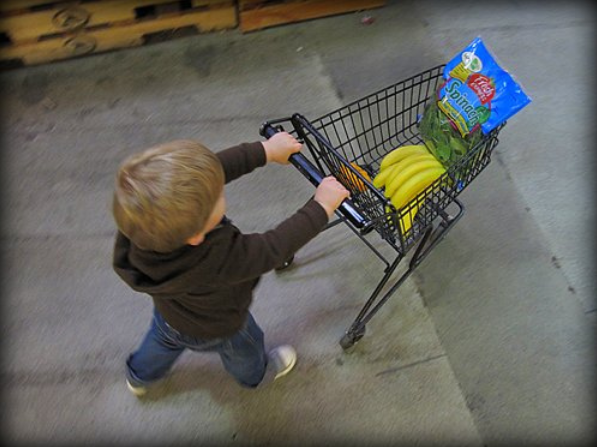 Last Christmas, family practice doctor Leonard Sax made waves when he declared that parental authority is in decline in America.

According to Sax, parents have increasingly allowed their children to call the shots in deciding how they want to live their lives, instead of parents being the ones running the show.

As psychologist Lisa Damour noted several months later in the New York Times, this decline in parental authority promises to be quite harmful to the next generation. Children, she notes, who are “raised by authoritative parents are the ones most likely to do well at school, enjoy abundant psychological health and stay out of trouble.” Naturally, the opposite is true for those raised without authoritative standards.

Now word comes that authoritative parents are not only more likely to raise healthier, more successful, and better behaved children, but they are also likely to raise more savvy consumers. Science Daily reports on the new findings published by the Journal of Consumer Psychology.

“The researchers found that many of the studies showed children of authoritative parents had the best outcomes when interacting with the world around them. These children consumed healthier foods like fruits and vegetables, and made safer choices such as wearing a bike helmet. They also provided valuable opinions on family consumption decisions.

‘I think that our culture has changed over time to be more permissive with children, but we found a lot of evidence that demonstrated that it is okay to be restrictive with kids,’ Carlson says. ‘It’s also important to explain to kids why the restrictions are important.’

The analysis also showed that children of restrictive parents were less likely to engage in cyberbullying, theft, vandalism, drug use and feelings of having an unattractive body shape, what the study authors termed ‘negative consumer socialization outcomes.’”

Today, society and government seem to believe that it is their responsibility to help the public make wise choices. As a result, they make directives on everything from healthy eating to transportation.

Given the information from this latest study, one has to wonder: would these directives be necessary if parents played more of an authoritative role in their children’s lives from the beginning and taught them to actually make these wise consumer choices on their own? Is government and society all too willing to step in and do the job that parents seem to be fleeing from?