Could This Assassination Be the Beginning of World War 3? 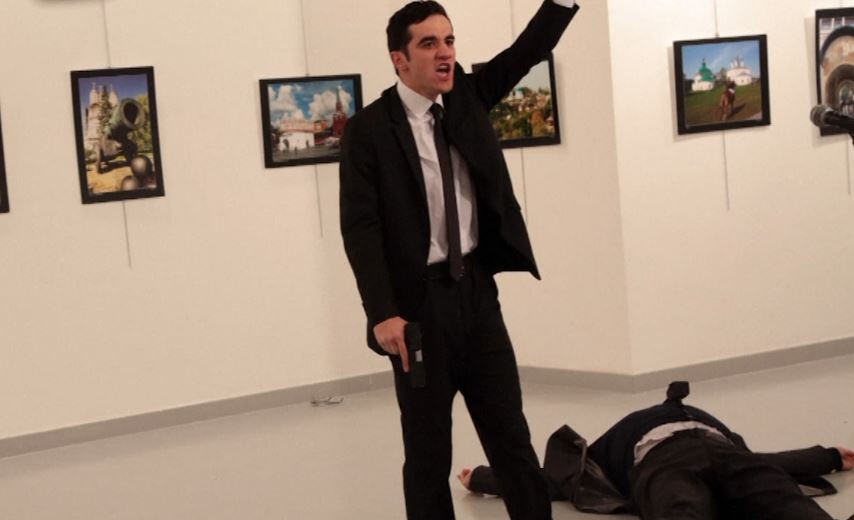 Karlov was gunned down on Monday evening in Turkey’s capital of Ankara as he delivered a speech at an art exhibit. In the video of the attack, the shooter, off-duty police officer Mevlüt Mert Altintas, 22, could be heard shouting in Arabic, “God is great! Those who pledged allegiance to Muhammad for jihad. God is great!” in addition to (in Turkish) “Don’t forget Aleppo, don’t forget Syria!”

Soon after, newspapers and individuals on social media began comparing Karlov’s death to the 1914 assassination of Archduke Franz Ferdinand of Austria, which is widely regarded as being the catalyst for World War I.

As summarized by Heavy:

“Archduke Franz Ferdinand of Austria, the heir to the Austro-Hungarian throne, was assassinated on June 28, 1914 in Sarjevo. He was killed by Gavrilo Princip, a [member of a] group of six assassins who were working on his assassination.

Ferdinand’s assassination was the trigger to the war, which resulted in Austria-Hungary delivering an ultimatum to the Kingdom of Serbia. International alliances on both sides were invoked and within mere weeks, the major world powers were at war.”

[Archduke Ferdinand and his wife, Sophie, shortly before the assassination.]

The New York Times notes that tensions between Russia and NATO member Turkey are already elevated, and Karlov’s assassination threatens to elevate them even further:

“The assassination instantly vaulted relations between Turkey and Russia to a new level of crisis over the protracted Syria conflict on Turkey’s southern doorstep. It came after days of protests by Turks angry over Russia’s support for Syria’s government in the conflict and the Russian role in the killings and destruction in Aleppo, the northern Syrian city.”

Significantly more unsettling is the reaction from Russia reported by UK’s Express:

“One analyst with links to the Kremlin told a Russian TV station immediately after the shooting: ‘WW1 started with a shot. The shot of Russian ambassador is declaration of war.’”