Chesterton: In Defense of Eating that Christmas Turkey 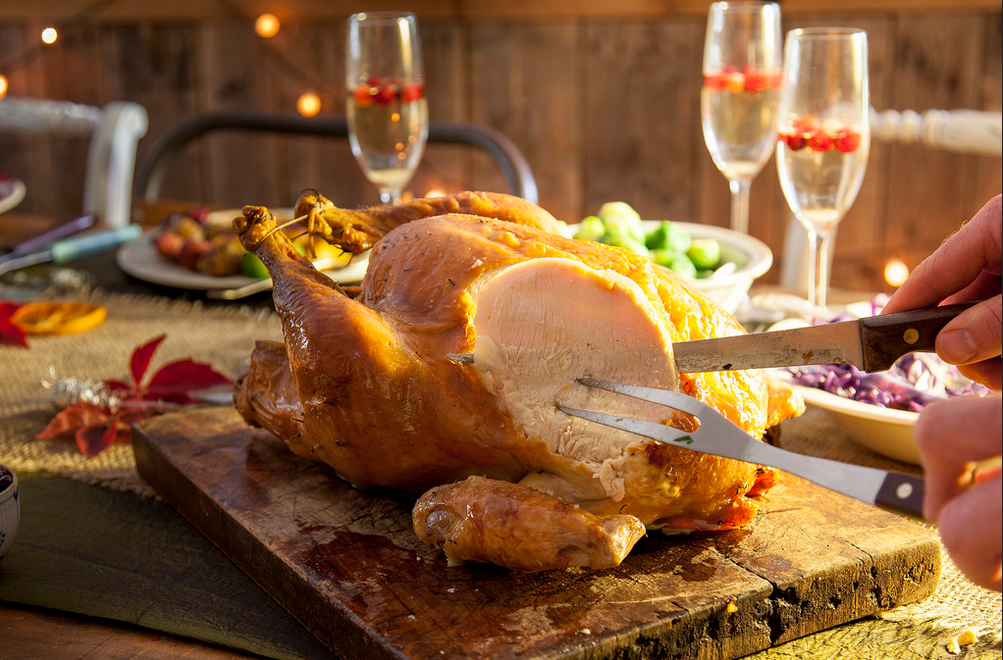 The holiday season is here, and with it comes the dance to make sure nobody is offended.

Want to have a holiday party at work? Better make it a generic potluck so the Jehovah’s Witness will come. Concerned that the Charlie Brown Christmas play is too religious in nature? Better neutralize it so no one is offended. Worried that the vegan relatives won’t come to Christmas dinner because you’re serving meat? Better scratch the turkey and come up with something else.

Early twentieth century author and thinker, G.K. Chesterton, had some interesting insight for those who wrestle with that last point. Judging from Chesterton’s words, anxiety over killing animals and enjoying them for holiday feasts was a bit of a problem even in his day.

But according to Chesterton, such care and concern for animals at the expense and detriment of human beings was an instance of misplaced priorities. In his 1915 work All Things Considered, Chesterton wrote the following:

“I do not know whether an animal killed at Christmas has had a better or a worse time than it would have had if there had been no Christmas or no Christmas dinners. But I do know that the fighting and suffering brotherhood to which I belong and owe everything, Mankind, would have a much worse time if there were no such thing as Christmas or Christmas dinners. Whether the turkey which Scrooge gave to Bob Cratchit had experienced a lovelier or more melancholy career than that of less attractive turkeys is a subject upon which I cannot even conjecture. But that Scrooge was better for giving the turkey and Cratchit happier for getting it I know as two facts, as I know that I have two feet. What life and death may be to a turkey is not my business; but the soul of Scrooge and the body of Cratchit are my business. Nothing shall induce me to darken human homes, to destroy human festivities, to insult human gifts and human benefactions for the sake of some hypothetical knowledge which Nature curtained from our eyes. We men and women are all in the same boat, upon a stormy sea. We owe to each other a terrible and tragic loyalty. If we catch sharks for food, let them be killed most mercifully; let any one who likes love the sharks, and pet the sharks, and tie ribbons round their necks and give them sugar and teach them to dance. But if once a man suggests that a shark is to be valued against a sailor, or that the poor shark might be permitted to bite off a n****** leg occasionally; then I would court-martial the man–he is a traitor to the ship.”

Although Chesterton’s words are aimed at Christmas feasting, they ring true for any time of the year and bring up some important food for thought.

Today’s culture is increasingly concerned about the welfare of animals. Such concern is a good and necessary thing. But should that concern overshadow the needs of human beings? When we do place the needs and rights of animals over those of humans, are we, as Chesterton implies, committing treason against humanity?