Thanksgiving According to the Founding Fathers 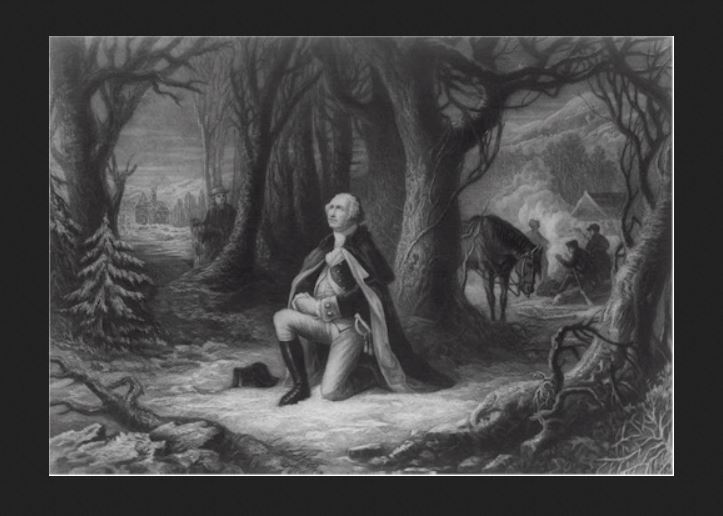 Although the Pilgrims came in 1620 and held the First Thanksgiving shortly thereafter, the national holiday which we celebrate didn’t come into existence until 1863. But America was not without Thanksgiving celebrations in the intervening years. As the quotes below demonstrate, days of prayer, fasting, and thanksgiving became a frequent part of American life, particularly during the Revolutionary War.

This Thanksgiving, perhaps we would do well to go beyond our surface gratitude for things like “turkey,” “pie,” and “not having to wash the dishes,” and instead consider many of the benefits they included in their Thanksgiving lists.

“Resolved, That … Wednesday, the 30th day of December next, to be observed as a day of public thanksgiving and praise, that all the people may, with united hearts, on that day, express a just sense of his unmerited favors; particularly in that it hath pleased him, by his overruling providence, to support us in a just and necessary war, for the defense of our rights and liberties, by affording us seasonable supplies for our armies, by disposing the heart of a powerful monarch to enter into alliance with us, and aid our cause; by defeating the councils and evil designs of our enemies, and giving us victory over their troops; and, by the continuance of that union among these states, which, by his blessing, will be their future strength and glory.” – U.S. Congress, November 1778

“[S]et apart the second Thursday in December next, as a day of public thanksgiving, that all the people may then assemble to celebrate with one voice grateful hearts and united voices, the praises of their Supreme and all bountiful Benefactor, for his numberless favors and mercies. That he hath been pleased to conduct us in safety through all the perils and vicissitudes of the war; that he hath given us unanimity and resolution to adhere to our just rights; that he hath raised up a powerful ally to assist us in supporting them, and hath so far crowned our united efforts with success, that in the course of the present year, hostilities have ceased, and we are left in the undisputed possession of our liberties and independence….” – U.S. Congress, November 1783

“I do recommend and assign Thursday, the 26th day of November next, to be devoted by the people of these States to the service of that great and glorious Being who is the beneficent author of all the good that was, that is, or that will be; that we may then all unite in rendering unto Him our sincere and humble thanks for His kind care and protection of the people of this country previous to their becoming a nation; … for the peaceable and rational manner in which we have been enabled to establish constitutions of government for our safety and happiness, and particularly the national one now lately instituted; for the civil and religious liberty with which we are blessed, and the means we have of acquiring and diffusing useful knowledge; and, in general, for all the great and various favors which He has been pleased to confer upon us.” – George Washington, October 1789

“I recommend that on the said day the duties of humiliation and prayer be accompanied by fervent thanksgiving to the Bestower of Every Good Gift, not only for His having hitherto protected and preserved the people of these United States in the independent enjoyment of their religious and civil freedom, but also for having prospered them in a wonderful progress of population, and for conferring on them many and great favors conducive to the happiness and prosperity of a nation.” – John Adams, March 1798

“No people ought to feel greater obligations to celebrate the goodness of the Great Disposer of Events and of the Destiny of Nations than the people of the United States. His kind providence originally conducted them to one of the best portions of the dwelling place allotted for the great family of the human race. He protected and cherished them under all the difficulties and trials to which they were exposed in their early days. Under His fostering care their habits, their sentiments, and their pursuits prepared them for a transition in due time to a state of independence and self-government. – James Madison, March 1815