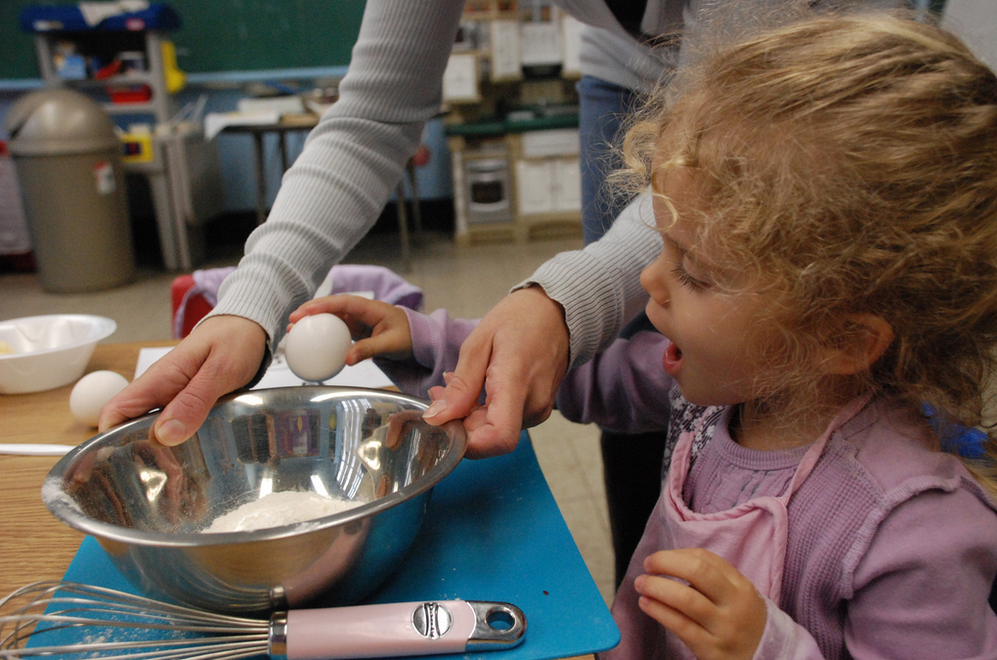 It’s been noted before that many members of the up-and-coming generation are clueless when it comes to basic skills like reading a map, writing a letter, and starting a fire.

Washington College professor Bill Schindler could add another item to that list: cracking an egg.

According to the Washington Post, Schindler discovered this fact by ditching the textbooks and instructing his anthropology class in a hands-on way, teaching his students about their ancestors by having them learn the skills that were once second nature to society—skills such as cooking food from scratch and learning how to cure an animal skin.

One day, as part of an experiment, he asked students to separate egg yolks from the whites. There was just one problem: nobody knew how to crack an egg.

“Instead of glazed eyes in lectures, he sees surprise, confusion, excitement, disgust, curiosity, wonder. They forget their phones.

Cameron Watson, a pre-med student from D.C., was grinding corn for tortillas and talking about his classes. ‘Bio, I know what to expect,’ he said. ‘Psych is just psych. And macro is just, like, a bunch of graphs all the time.

‘This is by far the most exciting class. I learned a lot more about the real world from this.’”

Schindler’s experience brings up an interesting point. Despite being surrounded by information 24/7, today’s society increasingly recognizes that students have a knowledge problem. To remedy this we’ve pushed critical thinking and a more time-intensive academic regimen. But in spite of these efforts, results continue to be the same: low scores and uninspired students.

Is it possible we’ve gotten ourselves into this stagnate state because we don’t give students a glimpse of the real world?

At one point in time, our nation’s institutionalized form of education was balanced by the fact that children still worked with their parents on the family farm or business, and thus learned to be self-sufficient and creative outside of school hours. But now those opportunities are gone.

Would we see a revitalization in the schools if we restore this balance, exposing students to the practical, more human side of life?