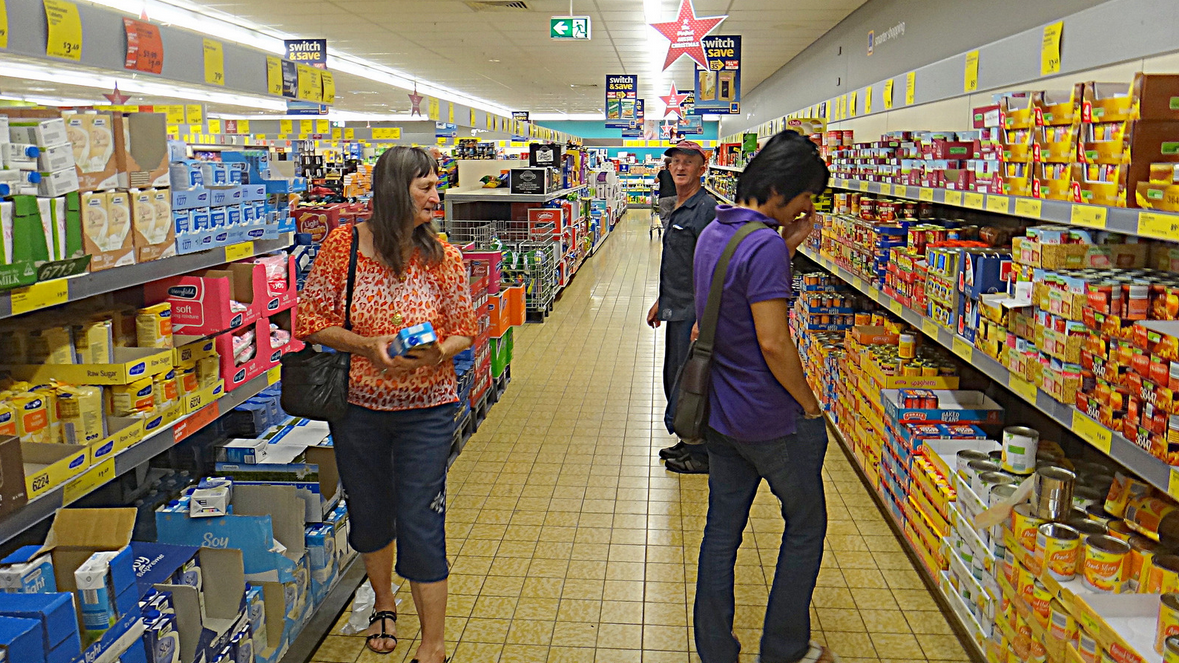 About 10 to 15 years ago, a small grocery store opened its doors in my neighborhood. My family had never heard of it, but the fact that you had to pay cash, deposit a quarter for a cart, and purchase your own bags was a bit of an initial turn off. And the store’s name… Aldi? What kind of name was that?

After a few months we decided to give it a try, and were soon hooked by the low prices and efficient set-up. Unfortunately for us, word got out, and what was once a quiet shopping experience is now happy – and sometimes unhappy – chaos.

The popularity of Aldi grocery stores apparently extends far beyond my little Midwest neighborhood. According to the U.K. Telegraph, Aldi is so popular with the public that home prices actually rise in Britain when an Aldi store moves into the neighborhood:

“The opening of a new Aldi supermarket could boost the value of local homes by £5,000, research by My Home Move, a conveyancing firm, has found.

A separate study earlier this year by Lloyds bank found living near an Aldi could help to boost the value of nearby property by £1,333, indicating the supermarket’s credentials may be on an upward trajectory.”

In a nutshell, thriftiness is cool. Those who practice it display self-control when they look beyond snob appeal. They demonstrate wisdom when they make discerning judgments about value, quality, and the best bang for their buck. And they show foresight and the ability to delay gratification in order to obtain a better and freer future.

Aldi apparently recognizes this fact and has sought to capitalize on it, keeping their overhead low, cutting the frills, and passing any savings from these measures on to the consumer.

Do you believe more businesses would experience the same success while increasing the value of the surrounding community if they latched onto the Aldi promotion of thrifty living?