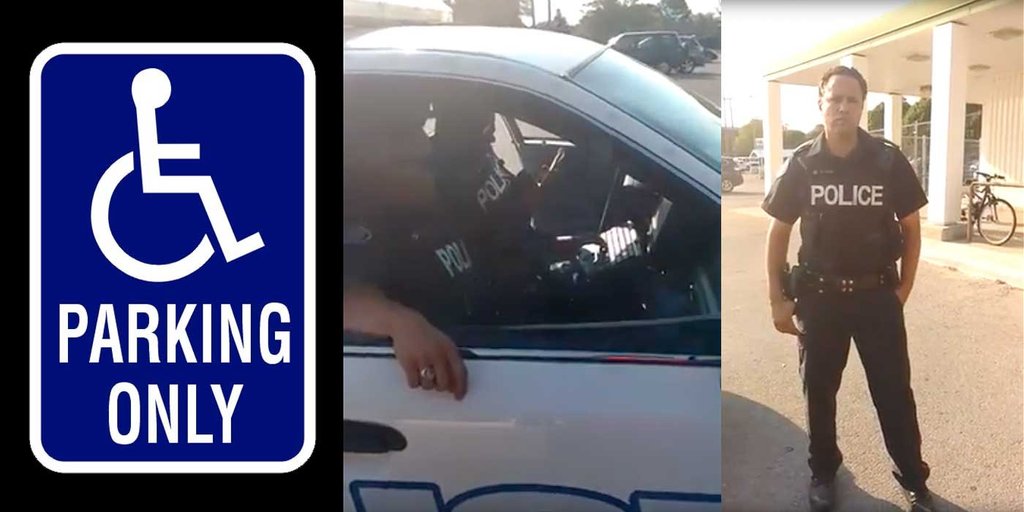 A YouTube video has surfaced showing what appears to be a government employee berating police officers after he was cited for illegally parking in a handicap zone.

The unidentified man, who claims in the video that he is an employee of the city of Toronto, came out of a store to find his car blocked by a squad car and an officer writing him a ticket.

The man who received the citation admits that he parked illegally when he went into a store to buy a parking ticket, but berates the parking enforcement officer.

“You thought I was just a regular n*gger, aye?” asks the man. “You dumb f*cking Uncle Tom.”

The man who received the ticket claims in the video that he was racially profiled and repeatedly calls the officer who gave him a ticket an Uncle Tom. “Bleach and cream, Clorox. You’ll never be one of them, bro.”

The racist attacks against the officer continued for most of the 11:24 video. A sample:

“Are you a little bit whiter now?”

“You should be ashamed of yourself, you f*cking Uncle Tom.”

First, the video was taken by the man who received the ticket. So it seems likely he put the video on YouTube. This might seem strange, because it is he who comes across as erratic and racist. But in the video the man actually says, “I am going to get your face and put it on Facebook buddy, and Twitter.”

If the man did post the video himself, it reinforces my next point. The man sincerely believes he is the aggrieved party in this instance. Most people who watch the video, I suspect, will not come to the same conclusion.

How does this man not see how bad he looks in the clip?

It could be that the man feels both a sense of entitlement (as a city employee) and victimization (as a black man). The combination of these two emotions might explain why he fails to realize that he looks far worse in this video than the officers, who act professionally throughout the video.

I am a bit surprised the individual didn’t get arrested for how he behaved. Can you think of anything that might excuse such behavior?