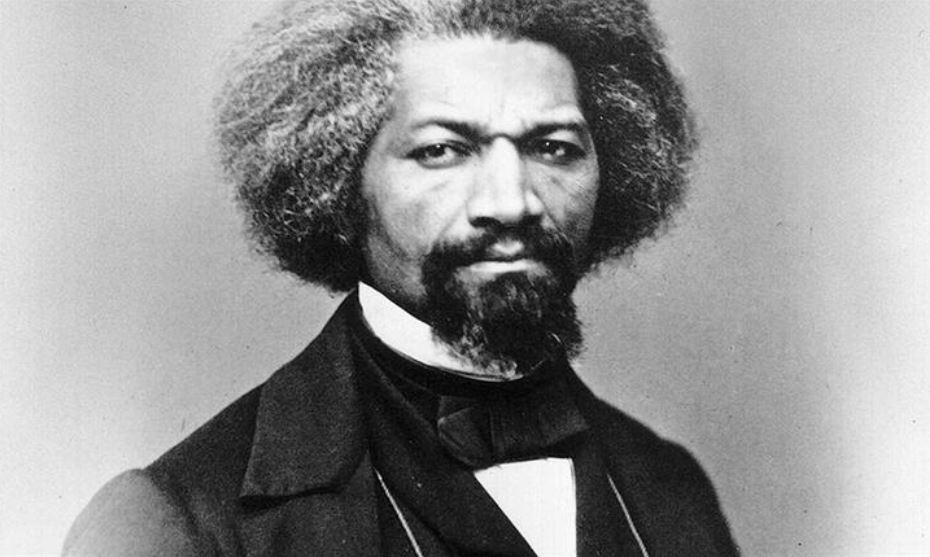 1. “Right is of no sex, Truth is of no color, God is the Father of us all, and we are all Brethren.” – Douglass’ motto in weekly publication The North Star.

2. “Slaves sing most when they are most unhappy. The songs of the slave represent the sorrows of his heart; and he is relieved by them, only as an aching heart is relieved by its tears.” – Narrative of the Life of Frederick Douglass, An American Slave (1845)

3. “They cannot degrade Frederick Douglass. The soul that is within me no man can degrade. I am not the one that is being degraded on account of this treatment, but those who are inflicting it upon me.” – As quoted in Up from Slavery

4. “If we ought to forget a war which has filled our land with widows and orphans; which has made stumps of men of the very flower of our youth; which has sent them on the journey of life armless, legless, maimed and mutilated; which has piled up a debt heavier than a mountain of gold, swept uncounted thousands of men into bloody graves and planted agony at a million hearthstones. I say, if this war is to be forgotten, I ask, in the name of all things sacred, what shall men remember?” – Essay on remembering the Civil War (“The Unknown Loyal Dead”)

5. “No man can put a chain about the ankle of his fellow man without at last finding the other end fastened about his own neck.” – Speech at the Civil Rights Mass Meeting (1883)

6. “I know there is a hope in religion; I know there is faith and I know there is prayer about religion and necessary to it, but God is most glorified when there is peace on earth and good will towards men.” – As quoted in The Cambridge Companion to Frederick Douglass (2009)

7. “Laying aside all prejudice in favor of or against race, looking at the negro as politically and socially related to the American people generally, and measuring the forces arrayed against him, I do not see how he can survive and flourish in this country as a distinct and separate race, nor do I see how he can be removed from the country either by annihilation or expatriation.” – “The Future of the Colored Race” (1886)

9. “Men have their choice in this world. They can be angels, or they may be demons.” – As quoted in The Cambridge Companion to Frederick Douglass (2009)

10. “I prefer to be true to myself, even at the hazard of incurring the ridicule of others, rather than to be false, and incur my own abhorrence.” – Narrative of the Life of Frederick Douglass, An American Slave (1845)

11. “I have said that the Declaration of Independence is the ring-bolt to the chain of your nation’s destiny; so, indeed, I regard it. The principles contained in that instrument are saving principles. Stand by those principles, be true to them on all occasions, in all places, against all foes, and at whatever cost.” – Speech, Corinthian Hall, Rochester, New York

12. “I say nothing of father, for he is shrouded in a mystery I have never been able to penetrate. Slavery does away with fathers, as it does away with families. Slavery has no use for either fathers or families, and its laws do not recognize their existence in the social arrangements of the plantation.” – My Bondage and My Freedom

13. “To suppress free speech is a double wrong. It violates the rights of the hearer as well as those of the speaker.” – A Plea For Free Speech in Boston, Dec. 10, 1860

14. “The American people have always been anxious to know what they shall do with us… I have had but one answer from the beginning. Do nothing with us! Your doing with us has already played the mischief with us. Do nothing with us! If the apples will not remain on the tree of their own strength, if they are worm-eaten at the core, if they are early ripe and disposed to fall, let them fall! … And if the negro cannot stand on his own legs, let him fall also. All I ask is, give him a chance to stand on his own legs.” –What the Black Man Wants (1865)

15. “Whatever the future may have in store for us, one thing is certain; this new revolution in human thought will never go backward. When a great truth once gets abroad in the world, no power on earth can imprison it, or prescribe its limits, or suppress it. It is bound to go on till it becomes the thought of the world.” – Speech to the International Council of Women (1888)