Should we model ourselves on Sir Mick Jagger? 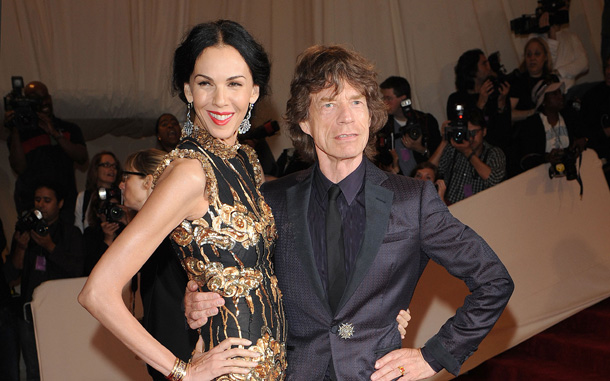 For most of the time I live in a bubble of sanity, comfortably cushioned from the malaise that seems all consuming in the wider culture. Occasionally, however, I leave my comfortable bubble to travel to speaking engagements and conferences. When I do so, I’m struck by how bad things really are. This was brought home to me last week, returning from a Conference in Pennsylvania. I had a layover in Charlotte, N.C., which became prolonged when my connecting flight was delayed. Not wishing to hang around at the gate, I made my way to the nearest bar, seeking to sample the local craft-brewed ale that I knew (from previous experience) was sold there.

As I ambled barwards, roller-board in tow, I noticed a frumpy young lady sporting a t-shirt with a slogan emblazoned upon it in large letters, which declared that “I Don’t Wear Costumes.” One look at the young lady’s angrily vacant expression confirmed that she was not wearing this deliciously ironic attire as a joke. She didn’t get the irony that the item of clothing she was wearing was itself a costume; nor, apparently, did she get the irony that all clothing is a costume that makes a statement about the person wearing it. The slogan declared that she didn’t want to conform to this universal and unavoidable reality and, in order to make this clear, she wore a costume which was confirming that she was conforming (albeit unwittingly). As I said, I’d like to think she was wearing it as a joke (a delightful one) but I suspect, rather, it was an expression of the new puritanism, the radical hatred of the civilization of which she was a part and which is her spurned inheritance. Seeing nothing good in the culture that is worth conserving she seeks simply to rip it up, tear it down and strip it naked.

Leaving the young iconoclast behind, I arrive at the bar. I order the local ale and join in the conversation of the three men sitting beside me. They don’t know each other but two of them have formed an instant bond of brotherhood on the basis that they are both former Marines. All three men are engaged in venting against the women in their lives. One of the former Marines tells us that he is on his way to a wedding in Savannah, adding cynically that the groom was making the same mistake that he had made. The other two agreed. The youngest of the three, who wasn’t married, spoke of his plans to deliberately arrive home late because it would annoy his girlfriend. Good, the two former Marines exclaimed. It was important to “train” women as early as possible to know who’s boss. Their tone signified the miserable relationships they were in and the misery which their misogyny was causing.

The low-life level of the conversation was epitomized when one of the former Marines gushed forth his admiration for Mick Jagger for his success in “impregnating another supermodel.” Unable to retain a polite silence any longer, I said that I found Sir Mick a sorrowful figure. This clearly puzzled my three barstool friends. Why would I say such a thing? He’s rich, he impregnates women less than half his age, and he even has a knighthood from Her Majesty’s Government. Isn’t he the embodiment of success? Isn’t he living the sort of life that all of us dream of living?

I told them that the purpose of growing old was to grow-up. The purpose of life is to grow in wisdom and virtue (the two are synonymous, though the latter word is banned from polite discourse in modern culture). If one grows old without growing in wisdom, one is a miserable loser. It’s as simple as that. I told them that I thought it pitiful, in the literal sense of its being worthy of pity, that a man of 73 had shown no signs of growing in wisdom since the time he was 17. There was, I added, something ludicrous about a septuagenarian behaving like a teenager.

I fear that my words fell on deaf ears, though one might at least hope that seeds of some sort were planted into the hardened hearts of these passing strangers.

Returning to the gate, I felt sympathy for the confused young girl I’d seen earlier. It’s quite possible she is the product of a broken marriage, daughter to someone not dissimilar from the men I’d met at the bar.

Without love, which is always inseparable from self-sacrifice, what hope does she have? In a culture that has abandoned marriage as it has abandoned virtue, we’re creating broken people hungering for a love they’ve never known.