How do we spend our time? 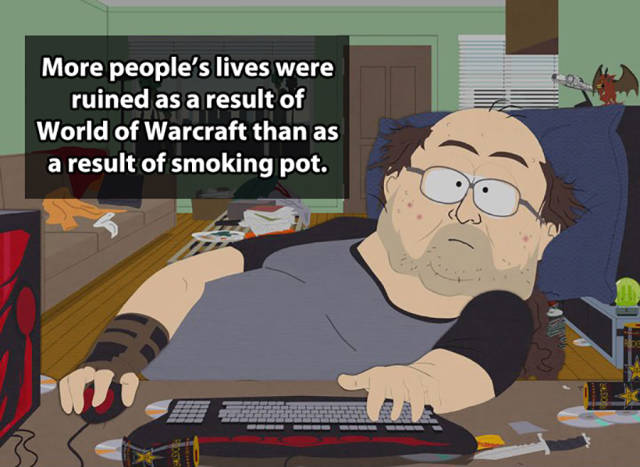 Over at Ted.com, we learn that as a planet we spend 3 billion hours a week playing video games. The article further reports that:

“The average young person racks up 10,000 hours of gaming by the age of 21 — or 24 hours less than they spend in a classroom for all of middle and high school if they have perfect attendance.”

Given the death of religion, perhaps video games are the new opiate of the masses. Admittedly, video games can be loads of fun – and highly addictive. They give us the opportunity to escape the drudgery of our daily lives, to be heroes, to conquer the worlds, to save worlds, and to build new worlds.

While we enjoy these things, we should keep in mind that they’ve only happened in a virtual world. There’s nothing wrong with playing video games per se, but it’s not actually real. When you turn off the game, the real world will remain the same, though your time away from friends and family may be noticed.

In 2014, a market research company reported, “34 million core gamers spend an average of 22 hours per week playing video games.” Essentially, that adds up to an entire day. Ultimately, we must ask: “For what?”

What do we ultimately live for? To merely escape reality? It would seem there is much for modern man to escape from judging how we use our time. But if reality is so terrible, would we do better to change it rather than simply escape? But do we have the education, the character, and the inner-strength to rise to the challenge?

How different is a generation who spends much of their waking free-time in front of video game versus those that spent it in the real world? Would the kids in the images below have a different outlook on reality and life than those who spend a day a week in a virtual world? Arguably yes, but we will have to wait to see how things ultimately shake out.