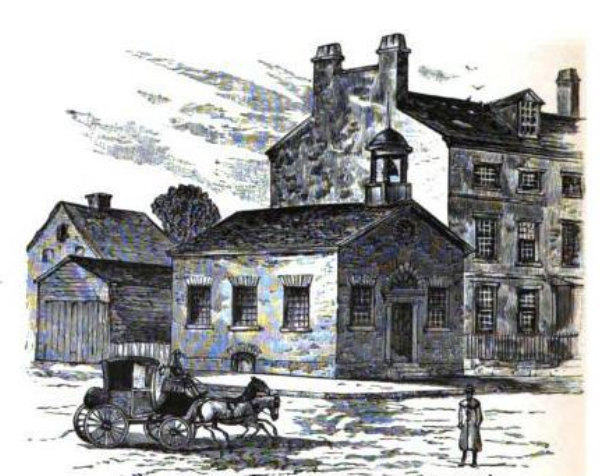 In the quest to reform the chaos which dominates America’s classrooms and the stagnation which plagues academic achievement scores, teachers, politicians, and education reform leaders are always looking for a silver bullet to solve our education problems.

But there’s something we may not have considered. Is it possible that the path to fixing American education may not be found in the latest and greatest education theories? Could our history instead hold the answer?

I thought of this when I ran across an 1877 article from the American Journal of Education. The article described the educational practices used by Boston Latin School – the oldest and longest operating public school in America – when it was under the leadership of Francis Gardner in the mid-1800s.

During Gardner’s time at Boston Latin, the school offered a six-year course of study to which students ages 10 to 16 could attend after successfully completing grammar school. Some of the methods which stand out include:

1. Memorization – According to Gardner, one of the first lessons a student was given was in Latin Grammar. This lesson was to be thoroughly memorized. Memorization was required because it was efficient and “because [the memorized words] express the ideas to be conveyed better than the pupil can give them in his own language….” Fear of memorization without understanding was groundless, Gardner noted, because future oral examination of the student made “it impossible for the learner to acquire mere words without ideas.”

2. One Class – Today’s high school students move from one class to the next by the sound of the bell – a process which John Taylor Gatto once claimed was hindering learning and simply training students to obey rather than think. The Boston Latin School of Gardner’s time seems to have agreed with Gatto’s reasoning, for it had an entire class study every subject with one teacher for the entire year. The reason? “This arrangement is found to produce better results than when frequent changes are made….”

3. Teacher Autonomy – The Boston Latin School laid a framework of rigorous study. But that framework didn’t mean teachers were constrained. According to Gardner, teachers had freedom to set their class structure and timetable. This provided the teacher with flexibility to spend more time with students who were struggling.

4. Accelerated Learning ­– Six years were set aside for the course work at Boston Latin, but the school was careful to note that students did not have to stick to this schedule. The school encouraged ambition by noting that “scholars may have the option of completing their course in five years or less time, if willing to make due exertions, and shall be advanced according to scholarship.”

5. Firm Discipline – According to Gardner, “There can be no order, no proficiency unless the teacher is really the master; unless the pupils are under his control. They perhaps may not know the fact, but unless it exists, there can be no satisfactory progress.” As Gardner goes on to note, the best learning occurs when a teacher handles his own classroom problems and has the respect of his students.

6. One Final Exam – Although it’s not completely clear, it seems that the students at Boston Latin were not in the habit of taking multiple tests. There was one final exam, but the rest were to be taken in college. And in college, there was no remedial education, for as Gardner notes, “If they fail there, any diploma or certificate of scholarship, which they might have received, would be but a mockery.”

Gardner concluded his comments on the Boston Latin School by saying:

“It is not what a boy learns at school that makes the man, but how he learns it. All the knowledge that a faithful student acquires before arriving at manhood is as nothing, compared with the intellectual strength he has gained, and the ability he has of taking hold of any work that may present itself, and doing it.”

In other words, Gardner believed the sentiment that: “the sole true end of education is … to teach men how to learn for themselves; and whatever instruction fails to do this is effort spent in vain.”

Do you think any of the practices of the Boston Latin School would help restore order and rigor to today’s classrooms?