What the Founding Fathers Got Wrong 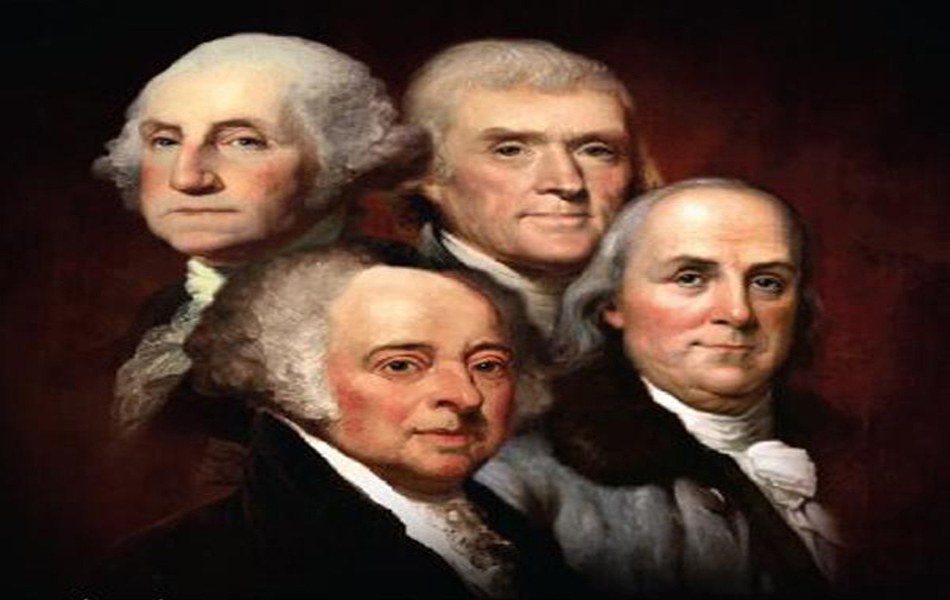 By any objective standard, it would be difficult to claim that the Constitution really matters at any practical level in the United States. At a symbolic level, it still means a great deal. But, what a disconnect: that it matters so much in our minds and language but that it means nothing in our day-to-day realities of government.

Do not get me wrong: I love the Constitution, and I believe and hope that I would die to protect it. After spending a lifetime studying intensely it and those who made it, I certainly believe that it is the greatest document of government ever written. The trouble—as with all things in this world—is that it can only function when the people really want it to function.  And, not just the thing as a whole, but its various parts. Just for a moment, imagine the ostensibly powerful Ninth and Tenth Amendments. On paper, these amendments look as though they should stop any single thing that is beyond the scope of the most limited government. Yet, in reality, they have hardly ever left the actual paper, whether in the way each is studied or in their actual application in politics or in the courtroom. At least some Americans know what is in the First Amendment, but next to no one knows the content of the Ninth and Tenth amendments. The Founders miscalculated at least three times during their creation of the Constitution and the Bill of Rights. First, they miscalculated tragically and with terrible practical and philosophical consequences by allowing the continuance of slavery. They should have followed the example of their brethren in New York at the Confederation Congress in forbidding slavery in the territories, even if it meant the loss of South Carolina and Georgia. Second, they equally miscalculated in believing that each branch of government would always selfishly protect its own interest and power from the assaults of the other two. While this worked well for almost a century-and-a-half, withstanding even the assaults on the structure by Andrew Jackson and Abraham Lincoln, it would not withstand the three-plus terms of Franklin Roosevelt. Congress caved to the executive, and Roosevelt outlived his opponents in the Supreme Court. Thus, the imperial presidency.

This leads quite specifically into the third mistake the Founders made—and, perhaps the least forgivable in terms of what they should have known. “If men were angels,” Madison wrote. But they are not, and the Founders knew it. Yet, they were so taken with the re-creation of a Republic in the Western world and with the mission of America, that they allowed their enthusiasm to get the best of them. They actually believed in the New Order of the Ages that had been predicted by Virgil in Eclogue 4, and they believed they carried Virgil’s torch.

No one expressed this better than did Benjamin Franklin on June 2, 1787, in the Constitutional Convention.

To set the stage for this brief talk, one must remember that the room in which the upwards of fifty-five founding fathers met was very small. It was also an extremely hot summer, and the heavy curtains over the windows helped keep away the snoopers, but it also kept away the breeze and any proper air circulation or ventilation. Thus, when Ben Franklin—not a small man—gave his speech, he probably was standing within mere feet (if not inches) of the presiding officer, George Washington.

To bring the matter nearer home, have we not seen the great and most important of our officers, that of General of our armies executed for eight years together without the smallest salary, by a Patriot whom I will not now offend by any other praise; and this through fatigues and distresses in common with the other brave men his military friends & companions, and the constant anxieties peculiar to his station? And shall we doubt finding three or four men in all the U. States, with public spirit enough to bear sitting in peaceful Council for perhaps an equal term, merely to preside over our civil concerns, and see that our laws are duly executed. Sir, I have a better opinion of our country. I think we shall never be without a sufficient number of wise and good men to undertake and execute well and faithfully the Office in question.

While Franklin’s optimism at some level is admirable, it was also unfounded. The very same Founders who understood that man was imperfect and could only seek perfection (but never attain it) in this world, somehow came to believe that by reintroducing a republic into the world, the very best of man would emerge. Importantly, the Founders did not think the actual nature of man would change without the republic, only that the republic would allow (and demand) the best of the human person to come forward and flourish. George Washington, it seemed, was not unique, but only the beginning of a new type of Cincinnatian man, one dedicated to given his entirety to the res publica.

It’s not enough, however, to give everything to the republic. Countless many—whether in the halls of Congress or on the shores of Tripoli—have done exactly this. But, how many men (or, someday, women) have emerged to take the role of the presidency with any true genius? Many have slept through their presidencies, and many have used the presidency as a means to promote goodness at home and abroad, but still others have done nothing but use the power of the presidency to remake the world in their own personal image.

Franklin Roosevelt was simply a power-hungry man, a would-be dictator who would have been much worse had he not had a Constitution to restrain him. Still, his more than three terms in office (he died at the beginning of his fourth term) did amazing damage, bolstering the power of the executive branch beyond the extent that a reasonable person (let alone a lover of liberty and the Constitution) might countenance. Congress caved, and it has been caving ever since. Every once in a while, it roars, but, overall, it is an impotent body.

The Founders got far more right than they did wrong, and none of these criticisms should take away from their genius or the genius of their creation. Still, these three things flaws are not minor at any level. They matter deeply.