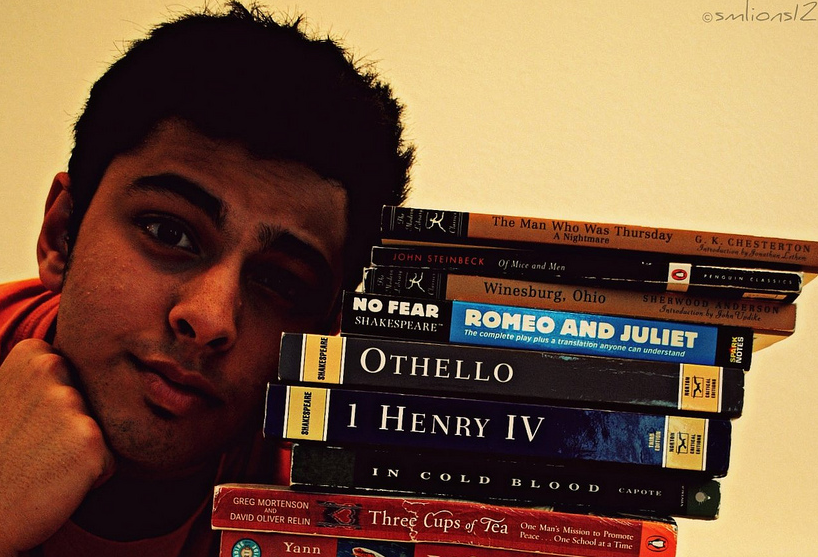 CBS News recently ran a brief segment featuring Ken Ludwig, a playwright and author of How to Teach Your Children Shakespeare.

During the course of the interview, Ludwig explained that his purpose in writing the book was not only to get kids reading Shakespeare, but also to fill in the Shakespearean holes of the parents and teachers who may never have studied it in school:

“The notion is that you as a parent, or as a teacher – teachers as much as parents – can sit down, read the book, and stay a chapter ahead of the kids, and teach them passages from Shakespeare, from all the different comedies, then get into the tragedies…. Start with the comedies when they’re young and teach them how to memorize Shakespeare so suddenly it’s not frightening, it’s demystified, it’s easy and fun.”

But if today’s kids are not learning Shakespeare, and their parents and teachers before them didn’t learn it either, then what’s the point of studying it now? Is there really any value in studying the works of an “old, dead, white guy”?

“Right now we’re at a moment in our history where the humanities are being tamped down – purposely in some cases … and it’s a mistake. It’s a grave mistake.

The humanities teach us about ourselves, about becoming great human beings, and Shakespeare above all does that. If we lose that, we’ve lost everything.”

It would seem reasonable for a Shakespeare enthusiast and author to insist that Shakespeare has such benefits. But surprisingly, research shows that there’s something more than passion behind his remarks.

According to The Telegraph, researchers at Liverpool University conducted a study several years ago to learn whether or not Shakespeare and other “dead poets” like him had any effect on the brain. In keeping with Ludwig’s supposition, researchers discovered that:

“[R]eading poetry, in particular, increases activity in the right hemisphere of the brain, an area concerned with ‘autobiographical memory’, helping the reader to reflect on and reappraise their own experiences in light of what they have read. The academics said this meant the classics were more useful than self-help books.”

Additionally, individuals who read these writings showed greater brain activity than those who did not, largely because they were forced to encounter difficult words and process them. Instead of discouraging readers, the level of difficulty actually raised interest in the material.

Such findings lead me to wonder two things:

If critical thinking and self-evaluation are so important in today’s curriculum, then why are we removing the very items (i.e. Shakespeare) which research shows help students think and process more effectively than modern texts?

Furthermore, if the depth of Shakespeare engages and interests students far more than simplified modern texts, then why are we afraid to challenge students and encourage them to go beyond their prescribed reading level and ability?