Princeton Prof: The 3 Pillars of a Decent Society 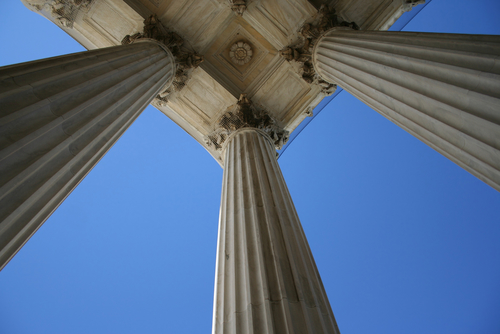 It’s clichéd but true to state that Americans are deeply divided politically. The division is so strong that there are now competing definitions for terms such as freedom, justice, progress, and, even, racism. If at our core, we cannot even understand each other, how in the world can we agree upon common goals?

1. Respect for the Human Person: Prof. George argues that in a society resting upon this pillar, “every member of the human family, irrespective not only of race, sex, or ethnicity but also of age, size, stage of development, or condition of dependency, is treated as a person…” He continues:

“A society that does not nurture respect for the human person … will sooner or later … come to regard human beings as mere cogs in the larger social wheel whose dignity and well-being may legitimately be sacrificed for the sake of the collectivity. Some members of the community … will come to be regarded as disposable.”

2. Strong Families: From the professor’s perspective,

“The family, based on the marital commitment of husband and wife, is the original and best ministry of health, education, and welfare. Although no family is perfect, no institution matches the healthy family in its capacity to transmit to each new generation the understandings and traits of character … on which the success of every other institution of society … vitally depends.”

“Where families fail to form, or too many break down, the effective transmission of the virtues of honesty, civility, self-restraint, concern for the welfare of others, justice, compassion, and personal responsibility is imperiled.”

“The third pillar of any decent society is a fair and effective system of law and government. This is necessary because none of us is perfectly virtuous all the time, and some people will be deterred from wrongdoing only by the threat of punishment.”

“More important … the law coordinates human behavior for the sake of achieving common goals – the common good – especially in dealing with the complexities of modern life. Even if all of us were perfectly virtuous all the time, we would still need a system of laws … to accomplish many of our common ends (safely transporting ourselves on the streets, to take a simple example).”

The pillars of respect for the human person, strong families, and the rule of law seem reasonable as the basis for a decent, healthy society. Those pillars also allow for much debate over the roles of various civil institutions, government, business, and individuals, as well as the overall common goals of the society. Would you agree? Might those be a starting place for working toward greater cultural unity?