Is It Okay to Question Darwin’s Theory of Evolution? 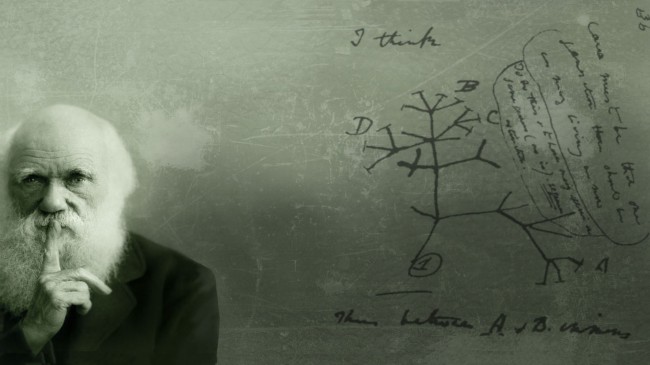 I have a confession to make. I am experiencing doubts about Darwinian evolution.

Let me make it clear that my rejection of dogmatic Darwinism does not mean that I reject the possibility of some form of genetic evolution. Indeed I accept as a self-evident fact that such “evolution” occurs, up to a point, within species.

Let me make it equally clear that the notion of evolutionary descent from primitive life forms to Man is not something that I reject per se. As a matter of faith or reason, the possibility that we are ultimately descended from a rock is not a threat to my faith, though it’s a challenge to my reason. God could have designed the process of Creation in such a way that everything evolved from the initial energy supplied by His Hand entering the Cosmos in the form of the Big Bang.

To reiterate as forcefully as possible: my faith is not challenged by this sort of evolution. On the contrary, it is my reason that is challenged and perhaps even affronted. Even if, as faithful Christians, we can accept the notion of evolution in good faith, I believe that as philosophical realists in the tradition of Plato, Aristotle, Augustine and Aquinas, we have a duty to be healthily and rationally skeptical about all scientific claims until they are proven definitively.

As for a healthy skepticism with regard to the claims of evolution, let’s not forget the missing links. Let’s not forget that Science has been trying to make the “accident” of evolution happen for over a century without success. It has worked with countless generations of fruit flies, trying to make evolution work, i.e. playing at God by interfering in the “accidental” processes of nature in order to prove the theory of “accidental” evolution. (This is, of course, a delightful paradox: Darwinian evolutionists have been practising intelligent design, i.e. interfering as outside agents in natural processes, in order to disprove the notion of intelligent design!)

Isn’t this curious? And, so my microbiologist friends inform me, what is true of fruit flies is true of even more basic life forms, such as bacteria. It seems that the best efforts of evolutionist microbiologists have failed to turn basic elements, such as e-coli, into different types of bacteria. If science cannot make evolution work from one species to the other, even when applying its own intelligent design to the most basic life forms, is it really outrageously unscientific to request an element of skepticism about evolution across countless different species, beginning with inanimate specks of dust (rock) and ending with Man?

I will finish by reiterating that evolution is not a threat to my faith but a challenge to my reason. If science makes its breakthrough and can show us the missing links between one species and another, demonstrating how a fruit fly has become a different species of fly, i.e. a fly that can no longer mate successfully with fruit flies (which will presumably mean that science will have to “evolve” two of the new species simultaneously and hope that they are not of the same gender!); if science achieves this goal, I will accept that God may have used this method to bring about His Creation. My faith will not be threatened or violated by such a discovery. In the meantime, and in the absence of such evidence, my reason demands that I retain a healthy skepticism.