Homer’s ‘Iliad’ is a Morality Tale 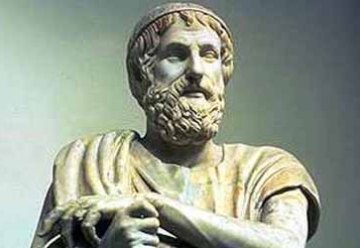 Sing, Muse, of Achilles’ anger and its devastation … and of the will of Zeus which was done. – Homer

The opening lines of Homer’s epic, The Iliad, say it all. In these first few words, the poet betrays his purpose and unpacks the deepest meaning of his work.

He begins with a prayer to his Muse, the goddess of creativity, requesting the grace he needs to tell the story well and honestly. In doing so, he is acknowledging that creativity is a gift of the gods and that without their supernatural help (grace) the Poet or Artist can achieve nothing. His work is therefore a work of piety, as well as a work of poetry. He desires to tell the truth and seeks the help of divine intercession to enable him to do so.

The truth he intends to tell is not factual or historical truth because he is writing of the stuff of legend and of events which happened several centuries earlier. He will, therefore, tell his tale using the poetic license necessary to tell a good story, weaving fact with fiction into a seamless narrative fabric. No, the truth he means to tell is not historical truth (facts), but moral truth. He is going to present to us, in powerful dramatic form, an important moral lesson, holding up the “mirror to man” which, as Tolkien suggested, is one of the main purposes of fairy stories.

The moral he is going to present is that anger, the cankered fruit of pride, is destructive and that it has devastating consequences, not merely for Achilles, the prideful man, full of wrath, but on countless other people, the innocent victims of Achilles’ sin. Thus, in Robert Fitzgerald’s translation, Achilles’ “doomed and ruinous” anger “caused the Akhaians loss on bitter loss and crowded brave souls into the undergloom, leaving so many dead men – carrion for dogs and birds.” Sin does not merely harm the sinner but countless others also. Actions have consequences and bad actions have bad consequences. This is Homer’s lesson. It is, however, not his only lesson. We forget, at our peril, that this connection between immoral behavior and destruction is not merely fatalistic but providential. It is, as Homer is at pains to point out, “the will of Zeus which was done”.

As Achilles’ rage runs riot, riding roughshod over his reason as much as it rides roughshod over his neighbors (both his friend and enemies), he incurs the wrath of God. In following his own prideful passion for revenge, rather than the path of virtue, Achilles brings down the judgment of Zeus upon himself. His destruction is, therefore, not merely the workings of blind fate but of divine providence.

Such is the moral that Homer teaches. To be sure, he is not a Christian and the god he worships is not the Christian God. Yet he believes that his talents as a poet are God-given gifts and he prays to the giver of the gifts for the grace to use them well. He then employs these gifts to show us that the sins of pride and anger are self-destructive, and destructive of others also, and that such sin will not go unpunished by a god who commands that men live virtuously. He is, therefore, a writer of the highest order that all people of good will should feel comfortable calling a friend and ally.