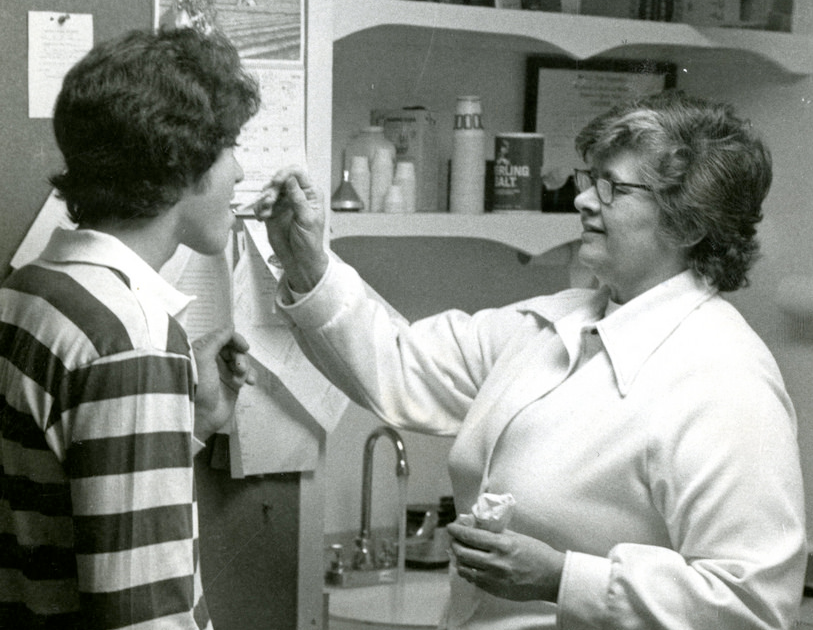 The New York Times explains how 26-year-old Lule Rault regularly sees her pediatrician and intends to continue doing so until she finishes her schooling at age 29:

“’I don’t have to leave Dr. Murphy, do I?’ she said in an interview by email. ‘I’m only 26!’ And she is not Dr. Ramon Murphy’s only patient long out of high school. ‘The last time I was there, he told me there was one patient older than me — a boy.’”

As the NYT goes on to report, this trend stems from a desire for comfort and familiarity on the part of many young adults – and doctors are catering to this desire:

“Dr. Cynthia Pegler, whose private patients on the Upper East Side primarily are young women, will continue to treat patients until they are ready to be parents themselves.

‘My official rule is it is really time to go when you yourself are ready to have a baby,’ Dr. Pegler said.

Dr. David Bell, medical director of the Young Men’s Clinic and the Family Planning program at NewYork-Presbyterian, said that when he started at the clinic 16 years ago, the age cutoff was 24. Now it’s 35.

Such news may cause many to shake their heads in disbelief. After all, who would have thought that childhood could be prolonged until an individual’s mid-thirties?

“A generation raised by hovering helicopter parents, who scheduled every moment of their free time with playdates and travel soccer teams. Then they arrived on college campuses where a slew of advisers helped them with everything from picking classes so they would graduate on time to negotiating problems with roommates.

No wonder employers complain that recent college graduates are unable to make independent decisions on the job. For many twentysomethings, life to this point has been like a board game, the goal being to get to the end quickly while picking up as many game pieces as possible.”

The millennial generation has already been conditioned to such circumstances. But that doesn’t mean the generation following has to be raised with the same mindset.

If we want the next generation to be one that succeeds, do parents need to actively take steps to raise their children to be responsible, well-disciplined, and independent adults who can handle a household, job, and family without expecting to be rewarded or hand-held for every minor step they take?