The ‘Everyone Gets a Trophy’ Mentality is Out of Control 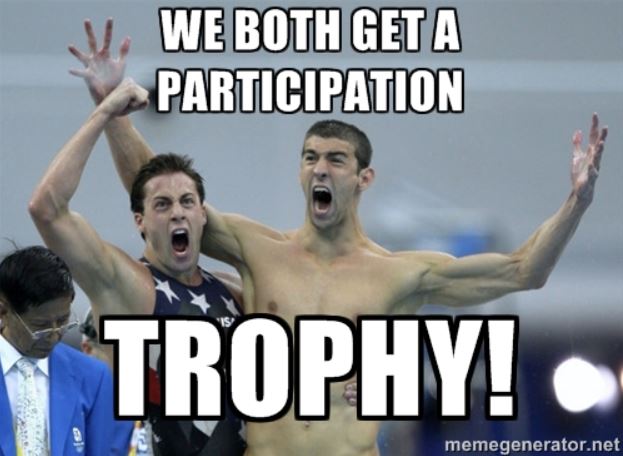 Mark up another victory for the “everyone-gets-a-trophy” mentality. The latest victim of this mindset is a high school honor student from Texas. A local ABC news affiliate reports:

“National Honor Society (NHS) stoles are frequent sight at high school graduation ceremonies around the country, but one Plano Senior High School student is frustrated that he won’t be allowed to wear one when he puts on his cap and gown next month.

According to school practices, students are not allowed to wear NHS regalia.”

Officially, the high school has explained this situation by “saying that graduates do not wear any club or organizational regalia.”

The National Honor Society, however, “claimed school administrators want everyone to feel included in graduation and not single students out.”

But singled out and un-included seems to be exactly what the National Honor Society student, Garrett Frederick, is feeling right now, particularly since he went the extra mile to perform the hard work necessary to become a member of the Society.

Such a scenario sounds eerily similar to the plan promoted by the demon Screwtape in C.S. Lewis’ famous letters of the same name. Part of Screwtape’s plot to undermine education is described as follows:

“The basic principle of the new education is to be that dunces and idlers must not be made to feel inferior to intelligent and industrious pupils. … Children who are fit to proceed to a higher class may be artificially kept back, because the others would get a trauma – Beelzebub, what a useful word! – by being left behind. …

In a word, we may reasonably hope for the virtual abolition of education when I’m as good as you has fully had its way. All incentives to learn and all penalties for not learning will vanish. The few who might want to learn will be prevented; who are they to overtop their fellows?”

Recent years have found many wondering what happened to education in America, particularly as America’s standing remains subpar at home and on the international scene.

But if Garrett Frederick’s experience is any indication, it seems that what happened to the American education system is that “I’m as good as you” has taken hold.

If we want America’s academic standing to rise to competitive levels, we’re going to have to abandon the trophy culture and let students know that recognition, praise, and honor are only available to those who have the ambition to work for it.