Our Culture’s Love Affair With Self-Delusion 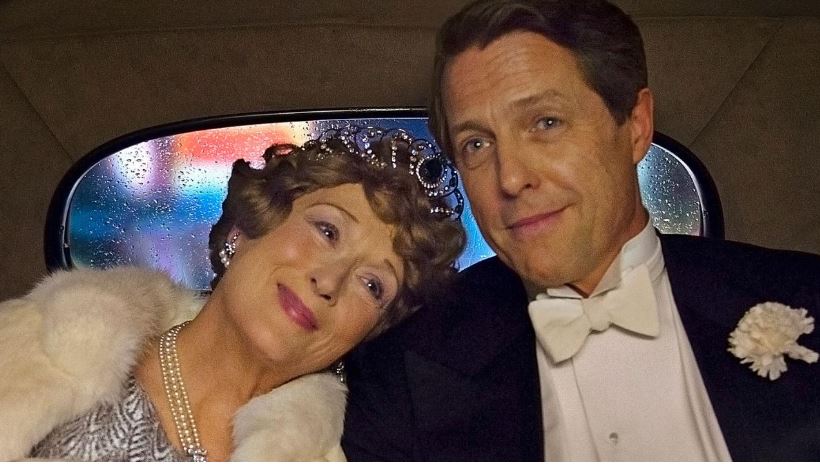 What better example of the Zeitgeist of transgenderism can there be than Florence Foster Jenkins, starring Meryl Streep and Hugh Grant?

So powerful a theme is it that the French have released what is very nearly the same movie but, bien sûr en français, Marguerite. Both of them have been rapturously received by the critics.

Both films reprise the real-life career of Florence Foster Jenkins (lightly fictionalised in the French production), a wealthy New York grande dame with a passion for music. A passion, mind you, not a talent.

Florence believed that she was a coloratura soprano who could thrill audiences with stunning arias. In reality, she had a voice which makes fingernails scraping chalkboard sound like Tchaikovsky’s “Pathetique”.

She was not highly sought after by recording companies of her day, but there does exist a recording of her rendition of the “Queen of the Night” aria from Mozart’s opera “The Magic Flute.” Discordant, tuneless, grating, screechy, shrill … it’s hard to find words to describe how piercingly awful it is. Music critics have vied for a metaphor to express its unique quality. “Like a cat fighting a duck in a wheelie bin” sums them up, I think. But she thought that she was wonderful. And her friends supported her delusion, like the courtiers of “The Emperor’s New Clothes”.

Therein lies the comedy and the pathos of the movies. The life of a good-natured, beautiful woman became a self-indulgent fantasy.

Meryl Streep, made up to look like Margaret Dumont, the comic foil to Groucho in the Marx Brothers films, looks tremendous in her role, projecting the innocence, self-belief and pathos which the Florence must have possessed. In reality, it was a megalomaniac fairy tale.

The film concludes with her last great act. For years she had performed to small audiences whom she was able to attract because she was wealthy enough to pay them to come. She became so obsessed that she decided, at the age of 76, to give a concert at Carnegie Hall, the apex of New York musical life. It seemed impossible but the word flew around about a comic feast and the hall sold out, filled with her fans and American soldiers. The boos were drowned out by the thunder of ironic applause.

It was her last act. The critics – who could no longer be ignored when she dared to appear in Carnegie Hall – savaged her voice. A music critic asked her partner, St Clair Bayfield, after the performance, “Why?”. “Because she loves music,” he responded. “If she loves music,” the critic said, “why does she do this?”

Two days later Florence had a heart attack. A month later she was dead, killed by the critics.

Reviewers have commented that Hugh Grant gives the performance of his life as St Clair Bayfield, her manager and partner (or common-law husband, in the parlance of the day). He treats her with exquisite delicacy, swaddling her with encouragement and kindness, shielding her from reality. “Singing is her dream and I’m going to give it to her,” he tells one sceptic. “Without loyalty, there’s nothing.” And the film’s theme is, “It’s not how good you are, it’s how big you dream.”

Florence is an almost symbol of the illusions of transgenderism. Like (say) Caitlin Jenner, she is duped by her self-belief, fragile in the face of criticism, maintained in her delusion by vast wealth and abetted by friends too cowardly to tell her some home truths.

Transgender people come in many shades and colors. But they share a fear of facing the reality of their biological sex. Instead of admitting the absurdity of their dreams, they force others to participate in them. However, the secret of their power, like Florence’s, is to make us feel sorry for their inability to engage with reality. Like Hugh Grant’s character, none of us wants to be cruel, so we politely applaud their courage to follow their dream, their determination to create a new life for themselves — all synomous with delusion.

The sad thing is that behind Florence’s back, her friends mocked her. She was a derided diva, a figure of fun, a pitied old woman. It’s the fate of everyone who shrinks from confronting fears and facing reality.

Sooner or later, there comes a day when the illusions are stripped away. It killed Florence Foster Jenkins. I wonder what will happen when it comes for the transgenders?

This article by Michael Cook was originally published on MercatorNet.com under a Creative Commons License. If you enjoyed this article, visit MercatorNet.com for more. The views expressed by the author and MercatorNet.com are not necessarily endorsed by this organization and are simply provided as food for thought from Intellectual Takeout.  ?