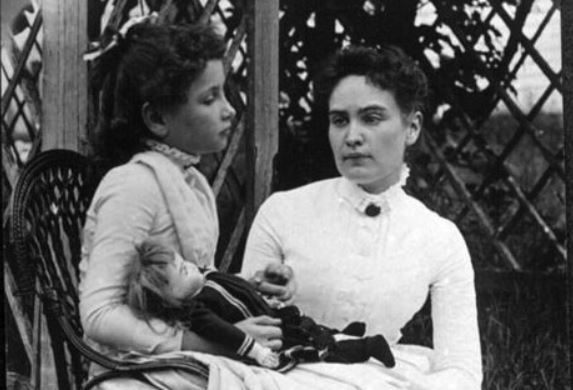 When Helen Keller died on June 1st of 1968 at the age of 87, she left behind an incredible legacy as a person who overcame three major disabilities to become a celebrated author and speaker.

As she herself attested, this incredible legacy was made possible by her teacher, Anne Sullivan, who opened up a world of understanding to young Helen by teaching her the intricacies of language and reading.

Because of her experience with Helen, Ms. Sullivan developed several specific theories on how to effectively train children to become fluent in reading and language in general. These theories are described in the last part of Helen Keller’s autobiography, The Story of My Life, and include the following points:

1. Read excessively – As Ms. Sullivan infers, a few minutes a day with a book will not produce a reader or a student proficient in language. Rather, it is continual, positive exposure to books that creates an active and interested reader:

“I think that we shall still find that the constant companionship of good books has been of supreme importance in her education.”

“’This is all you will understand,’ said a teacher to a class of little children, closing the book which she had been reading to them. ‘Oh, please read us the rest, even if we won’t understand it,’ they pleaded, delighted with the rhythm, and the beauty which they felt, even though they could not have explained it. It is not necessary that a child should understand every word in a book before he can read with pleasure and profit.”

3. Encourage high quality literature – According to Ms. Sullivan, the fact that Helen could converse well and write proficiently was a direct result of her exposure to high-quality literature. The graphic below details some of the books Helen was exposed to as a grade school child, many of which are considered classics.

4. Separate reading from school – “Reading, I think,” Ms. Sullivan wrote, “should be kept independent of the regular school exercises.” Such an idea seems blasphemous and almost impossible; but oddly enough, C.S. Lewis suggested the same thing decades later when he noted that reading in school causes children to lose interest and hinders their ability to mentally process information.

5. Keep reading fun – Above all, don’t turn reading into a chore:

“Children should be encouraged to read for the pure delight of it. The attitude of the child toward his books should be that of unconscious receptivity. The great works of the imagination ought to become part of his life, as they were once of the very substance of the men who wrote them.”