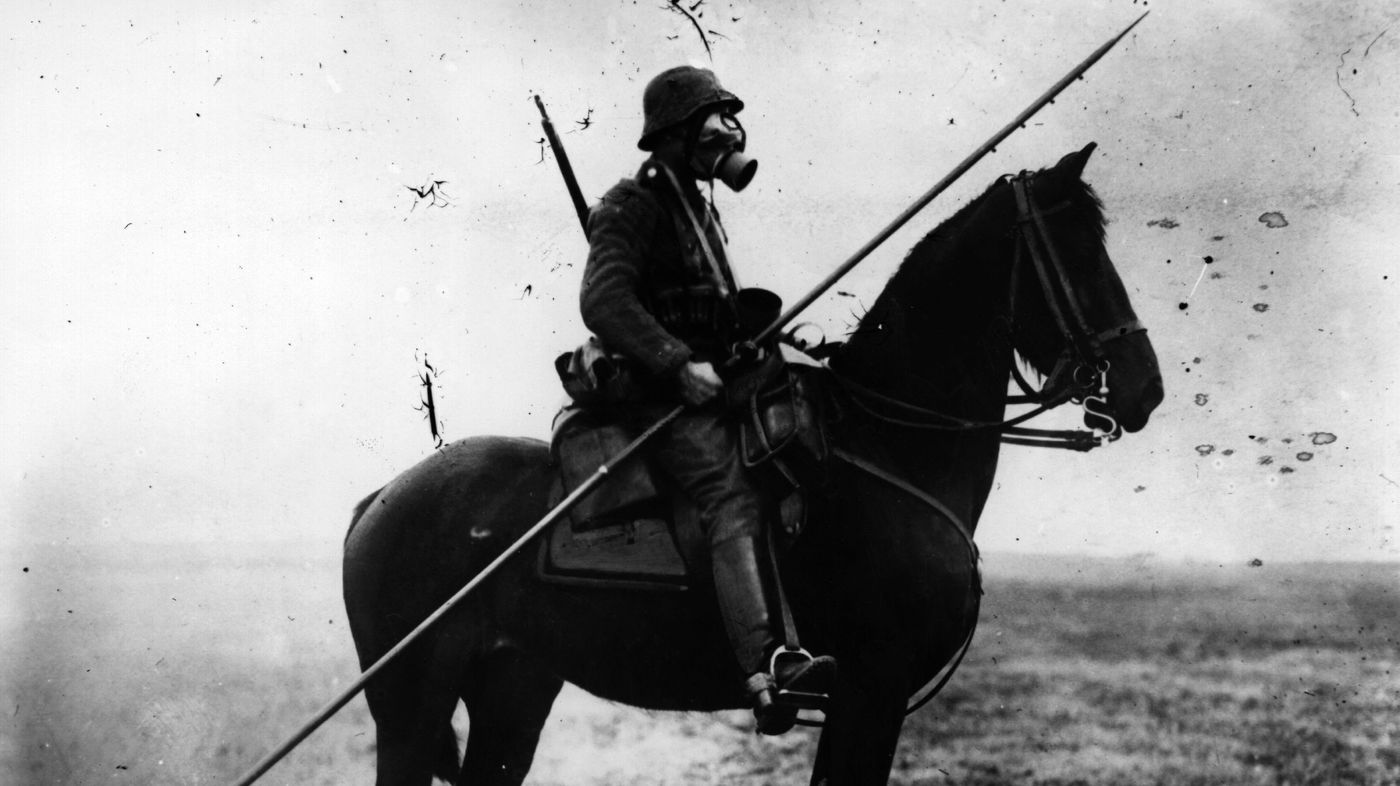 EA Studios, the company behind the Battlefield, first-person-shooter series, recently announced that it almost pulled the plug on Battlefield I, a game set in World War I, that will be released in the fall of 2016. Why? Because the executives were worried that the younger gamers wouldn’t know there was a World War I.

GameRant gives us a report on the thinking:

Battlefield 1‘s World War I setting seems to have been the right move by EA and DICE, as the game is enjoying a great deal of pre-release hype. However, there was once a time when EA almost passed on World War I for the setting of Battlefield 1, and apparently the reason for that was because the company didn’t think that its younger audience wouldn’t know anything about the war.

This is according to EA’s CFO Blake Jorgensen, who admitted as much at the Bank of America Merrill Lynch 2016 Global Technology Conference. He said, ‘World War 1, we were worried that many of the younger consumers out there didn’t know that there was a World War 2 or Vietnam, so World War 1…’

This worry led to EA almost rejecting DICE’s World War I pitch for Battlefield 1, but ultimately, the executives at the company were convinced that the setting could work. The gamble seems to have paid off, as Battlefield 1 has been positively received by the gaming community since its announcement, and it seems like its historical setting has a lot to do with that.

Since World War I is often glossed over in history classes, the concern could be legitimate. That said, if the game has a good storyline, graphics, and action, it probably won’t matter if the gamers know there was a World War I. And on the positive side, some gamers may be inspired to learn a lot more about the ‘War to End All Wars’.

You can watch the trailer for Battlefield I below.

That looks pretty amazing, touching upon the zeppelins, the first tanks, mustard gas, the campaigns of Lawrence of Arabia, and more. Hopefully, a few kids put down the controller and pick up some books on the war that fundamentally changed the world and set in course many of the challenges and destruction unleashed in the 20th and 21st centuries.

Winston Churchill reflected on the War grimly while he was Secretary of State for War (1919-1921):

All the horrors of all the ages were brought together, and not only armies but whole populations were thrust into the midst of them. The mighty educated States involved conceived – not without reason – that their very existence was at stake. Neither peoples nor rulers drew the line at any deed which they thought could help them to win. Germany, having let Hell loose, kept well in the van of terror; but she was followed step by step by the desperate and ultimately avenging nations she had assailed. Every outrage against humanity and international law was repaid by reprisals – often of a greater scale and of longer duration. No truce or parley mitigated the strife of the armies. The wounded died between the lines: the dead mouldered into the soil. Merchant ships and neutral ships and hospital ships were sunk on the seas and all on board left to their fate, or killed as they swam. Every effort was made to starve whole nations into submission without regard to age or sex. Cities and monuments were smashed by artillery. Bombs from the air were cast down indiscriminately. Poison gas in many forms stifled or seared the soldiers. Liquid fire was projected upon their bodies. Men fell from the air in flames, or were smothered often slowly in the dark recesses of the sea. The fighting strength of the armies was limited only by the manhood of their countries. Europe and large parts of Asia and Africa became one vast battlefield on which after years of struggle not armies but nations broke and ran. When all was over, Torture and Cannibalism were the only two expedients that the civilized, scientific, Christian States had been able to deny themselves: and they were of doubtful utility.

It truly is a shame how little history American students know. To understand our times, we must understand what came before. Rather than being introduced to these topics by video games, why aren’t our schools doing it?