Worthy of our Inheritance? 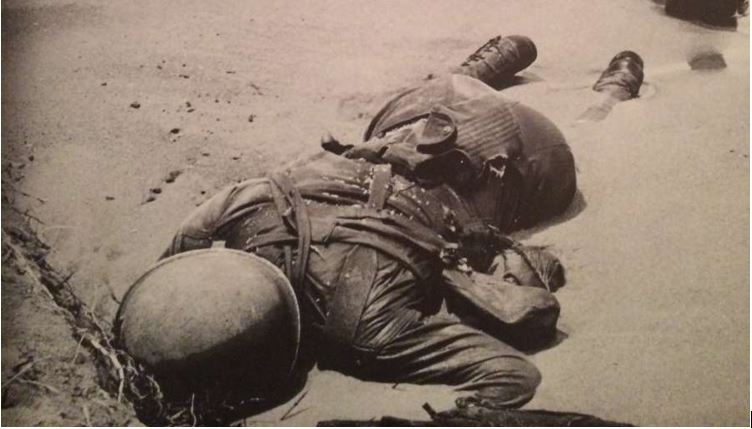 “The American people ought to be able to see their own boys as they fall in battle; to come directly and without words into the presence of their own dead.”

That sentence was LIFE’s justification for publishing this photo by George Strock that documents the carnage at the Battle of Buna-Gona in the South Pacific during World War II. The publication occurred after many months of censorship and only after receiving President Roosevelt’s consent. It is most likely the first photo of dead American soldiers published during World War II.

As a boy I was mesmerized by the photo and even by its censorship, both of which I learned of in a book my grandfather gave me – he was himself a World War II ?vet who was stationed in the South Pacific.

The photo and its censorship, as well as Audie Murphy’s To Hell and Back, helped me see that war is not the grand adventure that little boys often imagine it to be. No, war is something awful. Men die in faraway and lonely places in unimaginably cruel ways. War may be necessary, but it should not be sought.

Now that I am a father I also see that, behind those boys on the beach, there are mothers and fathers, probably sisters and brothers, and maybe even wives and children. Those three bodies represent not just the loss of three American boys, but also an unknown number of wounded as well as grieving souls. The sacrifice was great and it was shared by many.

I have been blessed beyond measure to inherit a free country because others have fought and many have died. I wonder if I live a life worthy of such an inheritance since it is so easy to take for granted. It is easy too, to think back only to past wars and particularly to the “good war” on Memorial Day.

Though we the living may have disagreements about the justice or wisdom of the current or past wars, let us not use them as excuses to forget the dead who gave their lives, hoping to do right by protecting their families, friends, brothers-in-arms, communities, and country. Let us also not forget our wounded and those who still grieve.