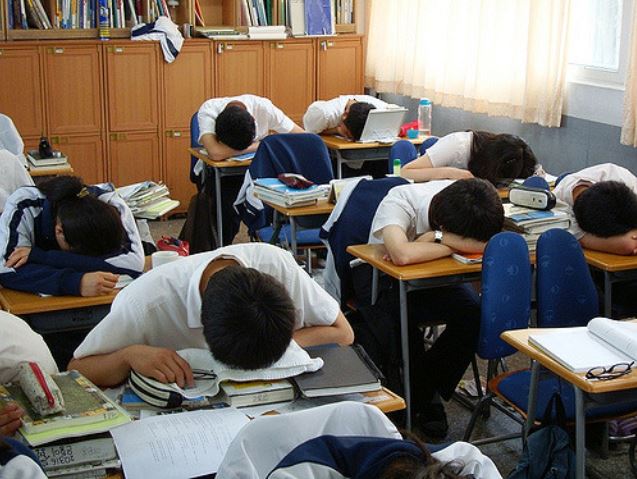 Of all the teachers who enter the profession each year, nearly 17 percent of them will leave the classroom behind within five years. So when a teacher sticks around for almost 30 years, you have to admit that he is probably pretty experienced and knows what he’s talking about.

Such is the case with John Taylor Gatto, a man who despite receiving a teacher of the year award decided he’d had enough of the system and left, writing a famous, open letter to the Wall Street Journal in the process.

Gatto later elaborated on his problems with the school system in a book entitled The Underground History of American Education. One bone of contention revolved around the following eight lessons which schools subtly instill in children:

Schools drain children of the desire and ability to learn and grow on their own. Draining children of their inquisitiveness and natural interest in learning makes them more manageable to work with, but also hinders their excitement for life and the incentive to explore its mysteries.

Instead of encouraging students to broaden their horizons, think, and make connections, “schools teach the disconnection of everything.” Such a practice lends itself to confusion, boredom, and disrespect in the students who sit in classrooms.

Gatto believes the education system has destroyed the American dream of being whatever a person wants to be by reinstituting a system of social class. He writes:

“So rigid have American classifications become that our society has taken on the aspect of caste, which teaches unwarranted self-esteem and its converse – envy, self-hatred, and surrender.”

According to Gatto, the modern school system relies heavily on the carrots and sticks approach to learning. By receiving a reward or punishment for everything, students become unable to progress without continual affirmation and praise.

The institutional nature of the school system causes everyone to get their marching orders in top-down fashion. Such a practice, Gatto says, leaves no room for free thinking or exploration.

Related to the idea of emotional dependency, Gatto writes that the school system has replaced true, lasting self-respect with a series of self-esteem quick fixes in the form of “grades, report cards, standardized tests, prizes,” and so on.

The institutional nature of schools teaches compliance through lack of privacy, an idea which Gatto describes as the “glass house effect.” This effect “teaches how hopeless it is to resist because you are always watched. There is no place to hide. … Privacy is a thought crime.”

Today’s schools purport to promote values such as critical thinking and diversity. But if Gatto is correct in his assessment, are today’s schools simply a medium for creating a generation of mindless robots ready to do whatever they are told?