Adventures Outside the Comfort Zone 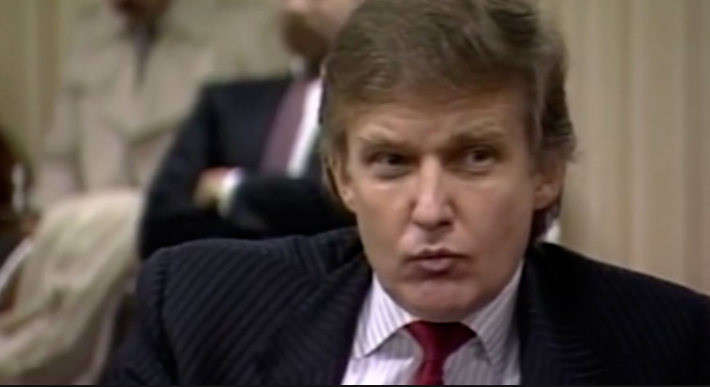 The biggest mystery of American politics is why the media failed to take Donald Trump’s campaign for the Presidency seriously. A year ago he was a just a vulgar buffoon; now he is the presumptive nominee of the party of Lincoln, Eisenhower and Reagan and could easily become the next leader of the free world.

It’s as if astronomers failed to notice an asteroid hurdling from outer space until it was about to explode over New York City. Were they out to lunch? Or partying? Or failed to clean the lenses of their telescopes?

But perhaps it’s unfair to blame the media. Journalists write for their readers and share their values and prejudices. One explanation must surely be that Trump supporters and readers of the New York Times are living in parallel universes.

This struck me forcefully when I looked at the ten “most emailed” stories on the New York Times a couple of hours ago. They were in the following order:

1. Crossing the Line: “How Donald Trump Behaved With Women in Private”

3. WHERE I LIVE: “Seven Places in Europe We Call Home” (shoes, museums and food in seven capitals)

5. “Unearthing the Secrets of New York’s Mass Graves” (not as exciting as it sounds, unless you live in the Bronx)

6. OPINION: “Sexual Freelancing in the Gig Economy” (about Tinder-driven relationships for people working 60 hours a week)

7. GRAY MATTER: “Why Are the Highly Educated So Liberal?” (about why readers of the Times are smart and successful)

8. THE UPSHOT: “What Was the Greatest Era for Innovation?” A Brief Guided Tour

9. OPINION: “The Busy Person’s Lies” (by the author of I Know How She Does It: How Successful Women Make the Most of Their Time.)

10. THE HEALTH ISSUE: “The Cancer Almanac”

The most popular stories are constantly changing, but this is a typical mix. The Times readers are consistently interested in (1) health, (2) food, (3) sex, and (4) success. In themselves, basically. They live in a world with plenty of neuroses but no unemployment. They travel to Copenhagen for a bit of power-shopping as effortlessly as if they lived in Plainfield, Indiana, and were going to a mall in Indianapolis.

Note that none of the trending stories is concerned with keeping a job, illegal migrants, Nafta, Chinese imports, political correctness or potholes. Times readers don’t have to worry about keeping their jobs; they’re too busy buying better selfie sticks.

This rubs off on the journalists. Do they actually know anyone who will be voting for Donald Trump? When Times columnist Nicholas Kristof sought to explain the candidates’s misogyny, racism and vulgarity in March, he created an imaginaryTrump voter. Perhaps he couldn’t find a real one in Manhattan.

All this explains why the lead story is Crossing the Line: How Donald Trump Behaved With Women in Private. The Times is campaigning hard against Trump by digging up all the dirt it can on his private life and finances. Although he is a New Yorker himself, he threatens the status quo of its liberal, highly educated, rich readers.

I have no doubt that its journalists will find plenty of scandals. But whether the guys in this Carrier plant in Indianapolis who have just learned that their jobs are going to Mexico will give a rat’s is another question altogether. And their votes might decide the election.

This article by Michael Cook was originally published on MercatorNet.com under a Creative Commons License. If you enjoyed this article, visit MercatorNet.com for more. ?The views expressed by the author and MercatorNet.com are not necessarily endorsed by this organization and are simply provided as food for thought from Intellectual Takeout.???