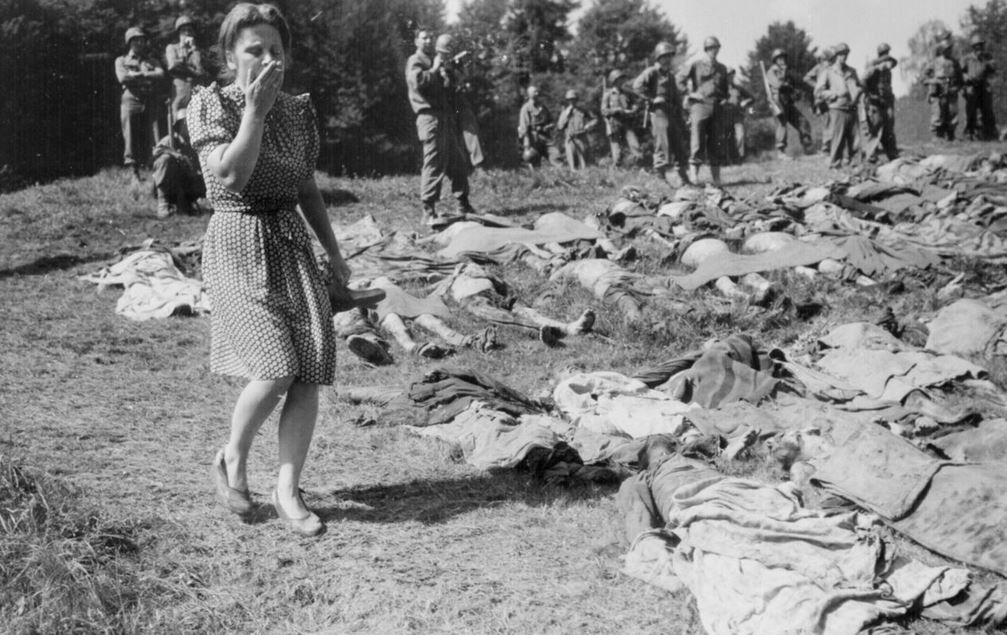 According to History.com, June 1 is the anniversary of the first report of Hitler’s death camps. Curious to see what the report contained, I hunted up a copy and found one in Martin Gilbert’s book The Holocaust: A History of the Jews of Europe During the Second World War.

Gilbert prefaces the report by explaining that it was written by a young Polish Jew named Yakov Grojanowski, who was assigned to work as a grave digger for the Chelmno extermination camp in January of 1942.

Miraculously, Grojanowski managed to escape the camp,  and his ordeal was published by an underground newspaper. Here is an excerpt of the account:

“The eight men without tools carried the two corpses to the ditch and threw them in. We didn’t have to wait long before the next lorry arrived with fresh victims. It was specially constructed. It looked like a normal large lorry, in grey paint with two hermetically closed rear doors. The inner walls were of steel metal. There weren’t any seats. The floor was covered by a wooden grating, as in public baths, with straw mats on top. Between the driver’s cab and the rear part were two peepholes. With a torch one could observe through these peepholes if the victims were already dead.

Under the wooden grating were two tubes about fifteen centimetres thick which came out of the cab. The tubes had small openings from which gas poured out. The gas generator was in the cab, where the same driver sat all the time. He wore a uniform of the SS death’s head units and was about forty years old. There were two such vans.

When the lorries approached we had to stand at a distance of five metres from the ditch. The leader of the guard detail was a high-ranking SS man, an absolute sadist and murderer.

He ordered that eight men were to open the doors of the lorry. The smell of gas that met us was overpowering. The victims were gypsies from Lodz. Strewn about the van were all their belongings: accordions, violins, bedding, watches and other valuables.

After the doors had been open for five minutes orders were screamed at us, ‘Here! You Jews! Get in there and turn everything out!’ The Jews scurried into the van and dragged the corpses away.

The work didn’t progress quickly enough. The SS leader fetched his whip and screamed, ‘The devil, I’ll give you a hand straight away!’ He hit out in all directions on people’s heads, ears and so on, till they collapsed. Three of the eight who couldn’t get up again were shot on the spot.

When the others saw this they clambered back on their feet and continued the work with their last reserves of energy. The corpses were thrown one on top of another, like rubbish on a heap. We got hold of them by the feet and the hair. At the edge of the ditch stood two men who threw in the bodies. In the ditch stood an additional two men who packed them in head to feet, facing downwards.

The orders were issued by an SS man who must have occupied a special rank. If any space was left, a child was pushed in. Everything was done very brutally.”

The brutality only intensifies as the story continues. In fact, the brutality is so horrific that one can’t help but gape and wonder how any human being can have such a complete disregard and disrespect for a fellow human’s life.

Clearly, the Nazis took a variety of steps to get to the place where they could show such violent disregard for human life. One has to wonder: are there any indications that American society is taking some of those same steps?