Why Shakespeare Is Still Relevant 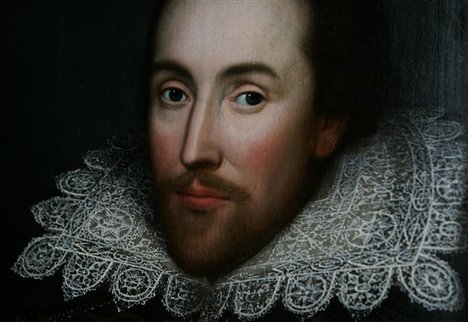 On the 400th anniversary of the death of William Shakespeare, all lovers of the beauties of the English language and all lovers of the glories of great literature will be in celebratory mode. Here at Aquinas College in Nashville we’re having an all-day Shakespeare Celebration with actors and academics brushing shoulders with college and high-school students, all united in a common bond of friendship with the Bard.

And yet there are many who will not be joining the party. Indeed there are many who won’t even see the point of the party. Shakespeare, we are told, is no longer relevant. His language is archaic and he, like the language he uses, should be seen as an archaism. He should still be studied by literary archaeologists, by those specialists who spend their time poring over dusty manuscripts in musty archives, but he should not be taught in the classroom. He has nothing to say to our progressing and progressive twenty-first century and we have nothing to learn from him. In fact, if he were alive today, we could probably teach him a thing or two.

To such people, book burners and philistines all, it is impossible to feel any sympathy, except insofar as we can pity their blindness and feel sympathy for their lack of sight or insight.

And yet there is another sense in which Shakespeare is a pearl of great price which we discard at our peril. His great gift to us is not confined to the truth about our humanity that he shows us. On the contrary, he is to be valued not simply for the beauty of what he says but the beauty of the language with which he says it. We are told that Shakespeare is difficult and irrelevant because he uses language which nobody uses today. He uses too many strange words which we no longer use or need.

Faced with this sort of criticism, one is reminded of the words of the Emperor to the young Mozart in the movie Amadeus: “My dear, young man, don’t take it too hard. Your work is ingenious. It’s quality work. And there are simply too many notes, that’s all. Cut a few and it will be perfect.”

Too many notes. Too many words. Thus does the philistine sit in judgment on the genius.

The problem is that the twenty-first century philistine is constricting his ability to think when he constricts the size of his vocabulary. Since we think with words, we think more clearly if we have more words with which to think. This was the reason that the Anglo-Saxons spoke of a word-hoard which each man carries. The bigger our word-hoard, the more we can make sense of ourselves, our neighbours and our cosmos. The smaller our word-hoard, the less we can make sense of these things and the more we will be consigning ourselves to the ignorance of inarticulate thought. We need the word-hoard that Shakespeare has given us. The more that his word-hoard becomes our word-hoard the more we will be free from the frustration of inarticulate thought.