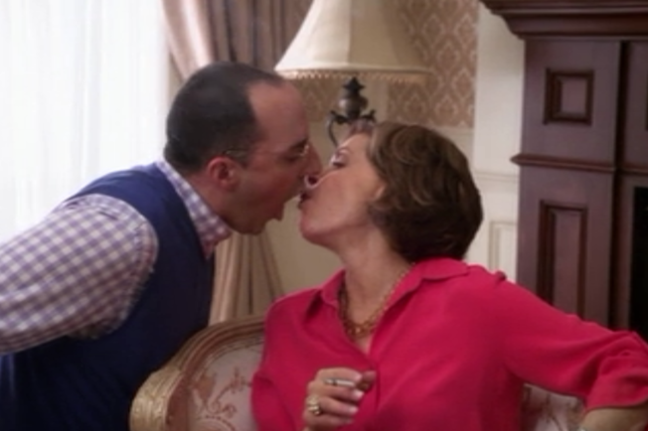 Generally speaking, when individuals consider whether or not incest is acceptable or not, the first thought goes to genetics. Quite quickly, images of malformed backwoods-types or sickly kings and queens of old come to mind.

For that reason, people may say that incest itself is okay as long as there is consent and that protection is used. Such a line of thinking recognizes that the consenting actions of two individuals could have serious ramifications if a child is spawned from such a coupling. And if the deformations are severe, such a child may suffer terribly in life and become a burden to society.

While we certainly should be concerned over the implications of having a child within an incestuous relationship, there is actually a much bigger issue that is rarely discussed in conversations about incest, consent, and legality.

Family, of course, is the first and most fundamental of all societal institutions. Before being introduced into any other institution and before being able to provide for himself and stand independently, a child is born into a family. Because of its role as the foundation of society, we want to make sure that it is preserved as a strong, healthy institution. Just consider how many of our current societal challenges, from the decline of education to youth violence, are arguably rooted in the breakdown of the family unit.

The legalization or ‘normalization’ of incest based on the moral framework of consent would likely be a brutal blow to the already weakened institution of the family.

To begin, a healthy family (admittedly, no family is perfect) should be a place of warmth and security. Humorously, family is the one place that the ideals of socialism might be said to work – from each according to his abilities, to each according to their needs. Children need food, shelter, and protection. Parents work hard and sacrifice to provide for them. Again, a healthy family is a place in which a child can feel the warmth of parental and sibling affections and, most importantly, secure.

Incest actually thoroughly undermines the sense of security for the various members of the family. Why? Because it introduces sexual competition within the institution.

Normalizing consensual incest in society through laws, entertainment, and overall cultural norms, will introduce a sexually competitive environment into the family. A mother may find herself no longer raising a daughter, but rather raising a sexual competitor as the father may decide at some point that he would literally rather have a younger version of his wife. Those brothers who once looked out for their sisters’ best interests by harshly judging suitors from outside the family? In an incestuous environment they no longer see themselves as protectors but rather potential lovers. What if there are multiple brothers who fancy one sister? They are now in competition with each other as well as all the other men in the world. And if the father is also sexually inclined to his daughter, his interests will often be in conflict with his sons. The daughter will also be a threat to the wife as the father may prefer to leave the wife for the daughter at some point.

Ultimately, incest creates chaos within the family because it transforms the kinds of love between its members. One cannot feel secure when surrounded by sexual competitors. That is the great threat of normalizing consensual incest. The ripple effect in society could be far greater than anyone would anticipate.

Would every family out there embrace or allow incest? Of course not. Nonetheless, we should not ignore the power of cultural norms to change behaviors and traditions. And we should also not ignore the old maxim: ‘As the family goes, so goes the nation.’