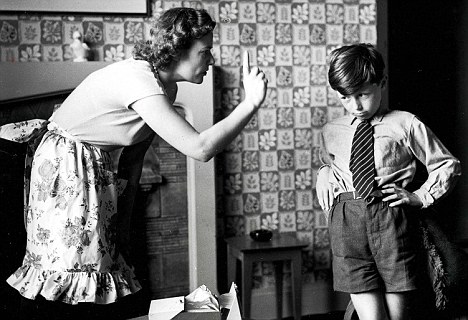 Several months ago, Dr. Leonard Sax made headlines when he proposed that the lack of discipline we see in America today is simply the surface symptom of a greater problem: the decline of parental authority.

Dr. Sax’s theories were recently underscored by psychologist Lisa Damour in a New York Times piece on the benefits of family dinner time. Although the benefits of family dinners are regularly touted, Ms. Damour wonders how they produce such positive effects when a family often sits down exhausted to a silent and non-interactive meal together. Her answer is thought-provoking:

“Reflecting on the families I’ve worked with in my practice, I’ve come to suspect that regular meals serve as an easily measured proxy for one of the longest-standing and sturdiest determinants of adolescent well-being: authoritative parenting.

In the early 1970s, the psychologist Diana Baumrind identified two essential components of parenting: structure and warmth. Authoritative parents bring both. They hold high standards for behavior while being lovingly engaged with their children. Decades of research have documented that teenagers raised by authoritative parents are the ones most likely to do well at school, enjoy abundant psychological health and stay out of trouble. In contrast, adolescents with authoritarian parents (high on structure, low on warmth), indulgent parents (low on structure, high on warmth) or neglectful parents (low on both) don’t fare nearly so well.

Damour goes on to say that even when family dinner is silent and non-engaging, the effort expresses care on the part of parents and provides children with the structure they need – the two components which make up successful, authoritative parenting.

Unfortunately, many children today don’t receive the benefits of the balanced, authoritative approach to parenting because society has convinced parents that such an approach is abusive and damaging to a child’s self-esteem. Instead, parents have been told to reason with their child, get the child’s opinion in every matter, and above all, be their child’s friend.

This approach to parenting has been tried with many belonging to the younger generations, and it hasn’t been very effective in producing mature adults. Is it time for parents to return to a position of loving but firm authority figures?