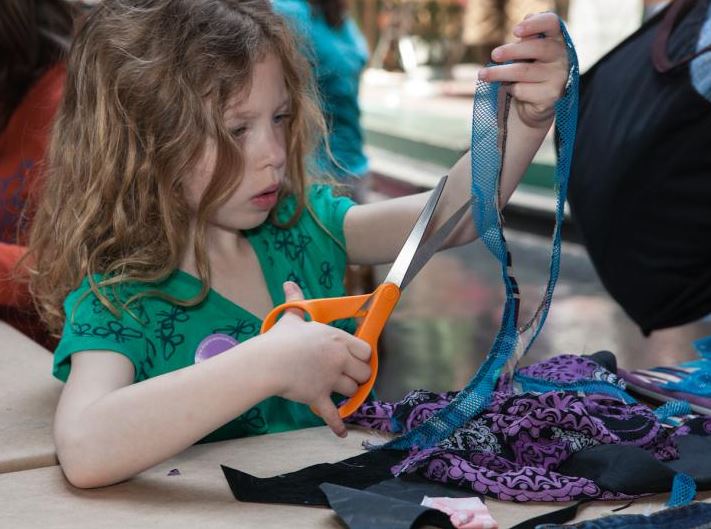 Several days ago, we mentioned 1916 author William Stout, who advocated for young boys to build and create toys on their own.  Stout believed that the ability to create and make things gets boys thinking, and fosters the ideas which can eventually spur the growth of the country.

Although written a century ago, Stout’s reasoning is not archaic, as an article by author, artist, and teacher Paula Briggs in The Guardian demonstrates. According to Briggs, making things inspires “a world of creative, entrepreneurial thinkers” while simultaneously encouraging children’s motor and social skills.

Unfortunately, these positive benefits are often stifled by adults who make the following excuses when it comes to childhood creations:

– It takes time and energy: making with a class of 30, or even a household of one or two, can be exhausting.

– There’s enough to be getting on with: pressure from other subjects means making and the arts can get squeezed out.

– Homework encroaches on spare time at home, which could be spent making.

– It creates mess: wouldn’t it be nice if we could make like a singer sings, without the mess to clear up afterwards?

– Making can be risky: a child might burn their finger on a glue gun or cut themselves with a saw.

– There’s enough stuff in the world: do we really need to make more?

– Making uses resources: aren’t we meant to be trying to use less?

– We don’t need to make to entertain ourselves: in the past we might have kept our hands and eyes busy with making in our spare time, but now we occupy ourselves through binary code.

Today, many parents keep their children busy with sports, extra-curricular activities, and tutoring in an effort to form them into capable and successful adults. But would parents be more likely to achieve this goal if they gave their children some downtime for creative pursuits?