Should More Children Be Introduced to Gardening? 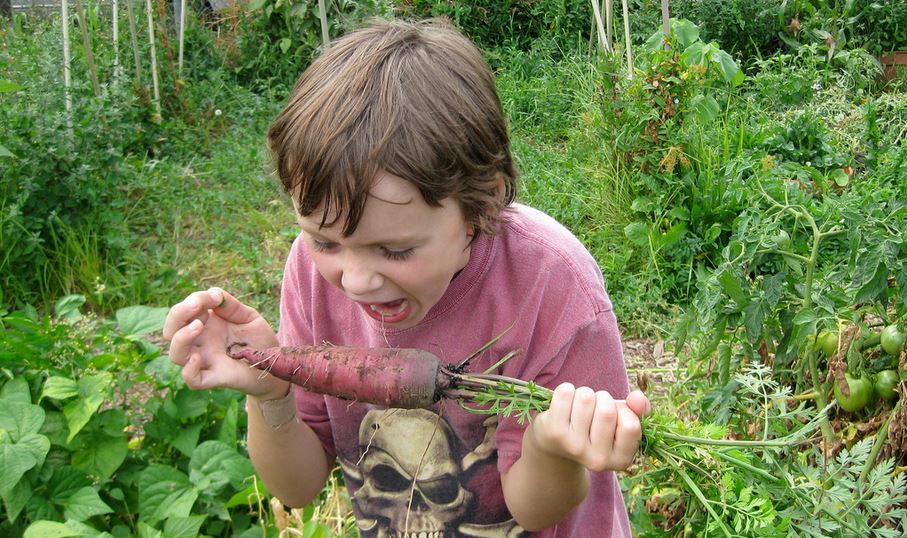 Some close friends of mine regularly invite children from an inner-city program to their hobby farm. The kids always have a blast doing all the things that farm kids do: chasing chickens, running by the garden, through the orchard, and so on.

After one of these outings, my friends were driving the children back to their homes when one child blurted out from the back seat of the car, “You mean chicken comes from chickens?!”

While we may laugh over his startling revelation, the fact that he had it is a bit concerning. Intellectual Takeout recently pointed out that some basic skills such as reading a map or tying a knot are in danger of extinction. Is familiarity with agricultural practices such as gardening and farm animals about to go the same way?

This fear is likely driving efforts such as those of Chris Collins, a school gardening expert in London. The Guardian explains:

“‘It’s vitally important that kids understand where food comes from,’ [Collins] says. ‘Learning is about so much more than being at a desk.’

One of the schools Collins works with is Charlton Manor, a large inner-city primary in south-east London. Pupils grow figs, oranges, tomatoes, kiwis and grapes. They also have allotment space at nearby Woodlands Farm where they grow what headteacher Tim Baker refers to as ‘abundant food’ such as potatoes and rhubarb for the school canteen.

There are chickens and three beehives (with fully trained beekeeper pupils) and the school has a campaigns team made up of year 5 and 6 pupils who raise awareness about healthy diets.”

Today it’s popular to pursue gardening and agriculture in an effort to get in on the cool “sustainability” movement. But do such pursuits need to go beyond sustainability? Do more Americans – children especially – need to be introduced to simple gardening and agricultural practices to understand and make hands-on educational connections? And in the process of learning and making these connections, would they also glean many side benefits such as family and community togetherness, better long-term health, and even, potentially, financial savings?